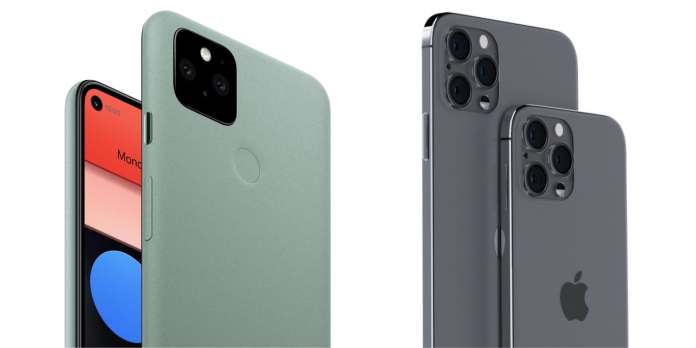 Some business decisions are obviously brilliant from moment one, while others take time to play out before definitive judgments can be made. The jury’s still out on Google’s Pixel smartphone experiment, which started as a way to create hero hardware for Android software, but apparently hasn’t generated the sales or impact Google expected, in part because of the long shadow cast by Apple’s flagship and near-flagship iPhones. This week, Google switched strategies — at least for now — by refocusing Pixels as midrange 5G devices, seemingly in the pursuit of greater mainstream success.

I’m not yet sure whether Google’s choice will ultimately prove to be smart or foolhardy, but the company deserves some credit for actually having a strategy and seeing where it goes. As horrifying as 2020 has been, this seems like the year to focus on both affordable phones and delivering great value for the price. That’s exactly what Google is trying with the new Pixel 4a 5G and Pixel 5, phones that aim squarely at Apple’s historic weak points. If Apple thought it might launch the iPhone 12 family without a potentially significant challenger nipping at its heels, Google is here to offer people 5G Android devices for hundreds of dollars less. The math will be simple for businesses planning multi-device purchases: Google’s 5G Pixels will sell for $150 to $300 below Apple’s expected pricing for entry-level 5G iPhones, a savings that will only multiply at enterprise-scale device purchasing volumes.

So Google’s pitch is simple: You can choose from $499, $599, and $699 Pixel phones with 5G — and there’s nothing more expensive. All of the new phones ship with 128GB of storage, and the $699 Pixel 5 is the top of the line, period. Meanwhile, Apple is only weeks away from revealing its first 5G iPhones, which are expected to carry base prices of $649, $749, $999, and $1,099 before adding arguably necessary memory upgrades. The most affordable new iPhone will likely be named iPhone 12 mini, sport a 5.4-inch screen, and include only 64GB of storage. You’ll need to spend at least $749 on a new iPhone to get a Pixel 4a-sized screen, and at that price, might not even get Pixel-equivalent storage space.

If the above details were all that mattered, this wouldn’t seem like a fair fight. Google’s delivering 5G phones at prices Apple won’t match at a time when every dollar matters to millions of potential customers. If you believe Google — and I do, given the known importance of aggressive pricing in marketing consumer electronics — the $349 Pixel 4a 4G is already outselling the company’s prior, more expensive Pixel 4 flagship despite lower-end components. Value sells, and if that trend keeps up, the new Pixels could have a great holiday season.

But like most strategies, Google’s choice to focus on the middle with no true “hero” model at the top comes with several serious risks. First, many companies are making midrange 5G Android phones; the non-premium smartphone market is clearly a red ocean with no lack of options, regardless of the specs you’re looking for. Second, moving from “hero” to “everyone” phones places Google in the challenging position of having fewer standout hardware features to tout. By contrast with last year’s Pixel 4, the new models are missing the Soli radar, Pixel Neural Core AI processor, and telephoto camera, to name a few features.

The third risk could be the biggest of all. Rather than using Qualcomm’s latest flagship Snapdragon 8-series processor, as it did last year, Google’s entire 2020 Pixel lineup is based on midrange 7-series processors, with the Pixel 4a 5G and Pixel 5 using the Snapdragon 765G. While it’s true that this is an upper-midrange part by Qualcomm standards, moving from Series 8 to Series 7 isn’t the sort of chip choice that will inspire Pixel 4 owners to upgrade to Pixel 5.

In essence, the Pixel family is moving sideways when processor technology is marching forward. Google’s not going to win any AI performance awards with the 765G, which promises 5.5 trillion operations per second (TOPS) compared with the 11 TOPS promised by Apple’s iPhone 12-bound A14 Bionic chip. Holding everything else equal, that would be 50% lower performance, a huge AI deficit. And though full benchmarks aren’t out yet for the A14 Bionic, it’s almost certainly going to stomp Qualcomm’s latest Snapdragon 865 in both CPU and GPU performance, which would leave the older 765G in the dust.

Unlike Google, Apple will probably include its latest processor rather than a year-old midrange option in the iPhone 12. The result will, like the iPhone SE to Pixel 4a comparison, be an iPhone 12 mini that’s more expensive and smaller-screened than the Pixel 4a 5G, but significantly faster at running demanding apps and games. Future proofing counts for something, particularly as people now hang onto phones for three years on average, and there’s not much question that Apple will continue to support the iPhone with new iOS releases for at least as long as Google.

Only time will tell whether Google was wise to aim its new Pixel phones at Apple’s midsection rather than its head or arms, but regardless of the outcome, this is going to be an interesting fight to watch over the next year. Android’s strongest advantage over iOS has been the sheer number of devices companies have made available at different prices, including ones that deliver better-than-iPhone hardware while undercutting Apple’s notoriously large profit margins — even if they don’t achieve iPhone-level sales volumes. This year’s Pixel phones certainly won’t be the only Android devices with midrange performance, but they may help 5G become accessible to people Apple isn’t ready to address in 2020, and that alone could be a good justification for their existence.