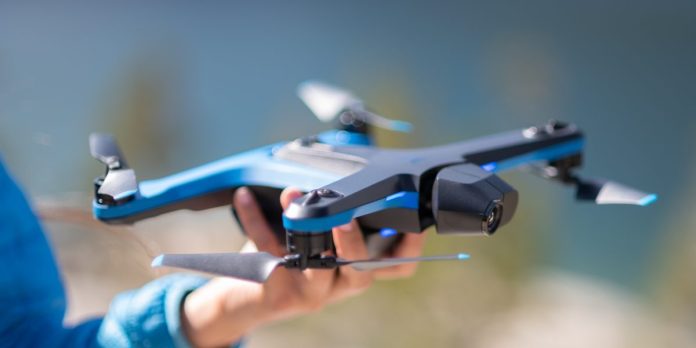 Drone startup Skydio today announced the U.S. Federal Aviation Administration (FAA) has granted the North Carolina Department of Transportation (NCDOT) statewide approval to fly Skydio drones beyond visual line of sight to inspect bridges. Skydio, which describes the waiver as the first of its kind, says the NCDOT will be able to conduct maintenance activities without the use of visual observers like trained pilots or staff.

A recent study by the American Association of State Highway and Transportation Officials found that taxpayer cost per bridge inspection can be reduced 75% by switching from traditional methods to drones. The Minnesota Department of Transportation found that using drones for bridge inspection offsets some or all of the costs, depending on the bridge configuration and location, with a trial of drone-assisted inspections saving an average of 40% over traditional methods and providing ostensibly superior data and reporting.

Going forward, the NCDOT’s inspectors can send Skydio 2 drones to inspect critical structures below bridges in North Carolina instead of conducting rappels or using “snooper trucks.” In a typical year, NCDOT employees regularly canvass over 13,500 bridges.

The NCDOT is the first to receive a statewide waiver under the FAA’s Part 107 rules, potentially paving the way for other states to leverage drones in bridge and infrastructure inspection. Under current Part 107 drone rules, companies still can’t exact payment for deliveries over distances beyond a human operator’s line of sight, at night, or with fleets over a certain size. But Skydio says the FAA’s decision signals a willingness to permit operations for drones with “elevated levels of autonomy.”

North Carolina is the site of the FAA’s UAS Integration Pilot Program (IPP). IPP, which launched in 2017, aims to bring state, local, and tribal governments together with private sector entities, such as drone operators and manufacturers, to test and evaluate the integration of civil and public drone operations with the national airspace system. Other participants include Zipline, which is delivering personal protective equipment (such as masks) around the campuses of the Novant Health medical network in Charlotte, North Carolina, and Matternet, which is making medical deliveries between WakeMed hospital in Raleigh and its Healthplex in Garner in partnership with UPS.

In May, the FAA chose 10 winners from a pool of more than 160 IPP applicants interested in reimagining how drones can be used by governments and corporations. Companies like AT&T use drones for maintenance inspections and to assist in natural disaster zones, and dozens of local government agencies, such as the San Diego Fire Department (SDFD), have begun actively deploying drones in emergency scenarios. Meanwhile, telepresence drone piloting companies like Cape have begun to partner with first responders, including the Chula Vista Police Department and San Diego Fire Department, for field tests.

Beyond the NCDOT, Skydio counts the Civil Air Patrol, the Ohio Department of Transportation, and Japan Infrastructure Waymark among its customers. Skydio recently launched the X2 family of drones and software solutions designed to simplify inspections and enterprise-oriented workflows. It also began selling Skydio 2 Dock, a self-contained, weatherproof charging base station for Skydio 2 that enables persistent operations and fits in a carry-on suitcase.