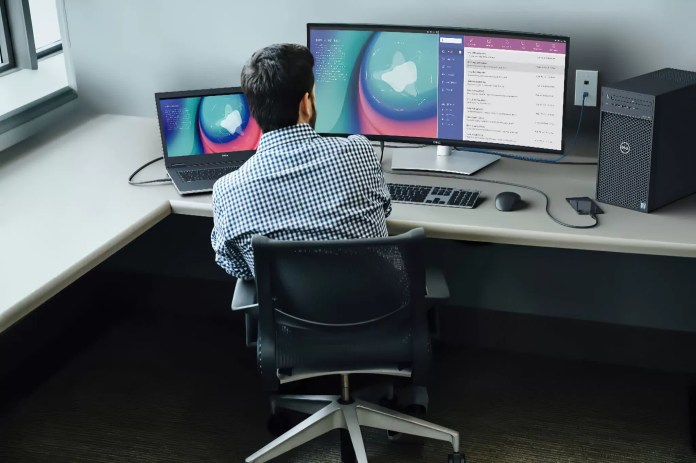 In brief: Dell is refreshing its UltraSharp and P-series monitors, along with the introduction of a soundbar to serve as a great companion for your audio needs. Dell’s latest crop of monitors ranges from a $450 24-inch model that covers most productivity needs to a $5,000 32-inch model that comes close to reference monitors at a relatively affordable price point.

The UltraSharp 32 HDR PremierColor (UP3221Q) is the most notable of the bunch, as it comes with 2,000 mini-LED backlit dimming zones. And while this isn’t on the level of OLED or microLED displays, Dell says it’s capable of very good contrast with deep blacks and bright whites.

With its 4K resolution, VESA DisplayHDR 1000 certification, and 99.8 percent DCI-P3 color coverage, the UP32221Q is clearly aimed at professionals as an alternative to Apple’s expensive Pro Display XDR. It also comes with a built in Calman colorimeter, which means you can perform color calibration at any time without the need to connect to a PC beforehand. Thanks to its Picture-by-Picture mode, you can even connect it to two different sources at the same time and set up different color spaces for them.

Then there’s the Dell UltraSharp 24 (U2421E) USB-C Hub Monitor and its larger, 34-inch brother — the U3431WE. As the name suggests, these are meant to double as a USB-C hub that can deliver 90W of power to a laptop, but they can also daisy-chain with two additional monitors.

The U2421E has a 16:10 aspect ratio which is great for productivity, and Dell says it also has 99 percent sRGB color coverage while keeping blue light levels low for better eye comfort.

Dell has also refreshed its P-series lineup, which includes the P2721Q (4K, 27-inch), P3421W (ultrawide, 34-inch), and P3221D (QHD, 31.5-inch). These can be paired with Dell’s new $55 Slim Soundbar (SB521A), which can be attached magnetically to the bottom of the display while not interfering with the swivelling mechanism.

All new Dell monitors are set to available later this month, with the exception of the UltraSharp 34 Curved USB-C Hub Monitor (U3431WE), which will become available on December 1.