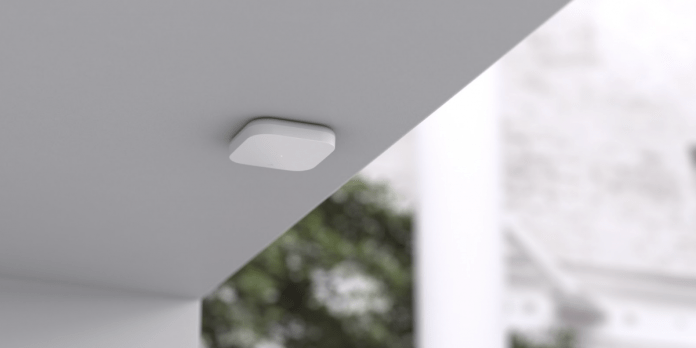 Density, a startup building AI-powered, people-counting infrared sensors, today announced a new product called Open Area that can map offices ostensibly without compromising privacy. The company expects that Open Area will facilitate social distancing during the pandemic while at the same time helping businesses in the process of reopening identify the way spaces are used throughout the day.

In many respects, Density’s products were tailored for a health crisis. Cities around the world have imposed limits on businesses — particularly restaurants — regarding the number of customers they allow in. Moreover, the shift to work from home and financial headwinds have companies questioning the need for physical office space. Even before the pandemic, U.S. Commercial Real Estate Services estimated unused commercial property in the U.S. is worth about $1 trillion. In August, Capital Markets reported that direct commercial sales of real estate fell 29% globally to $321 billion in the first six months of 2020 year-over-year. 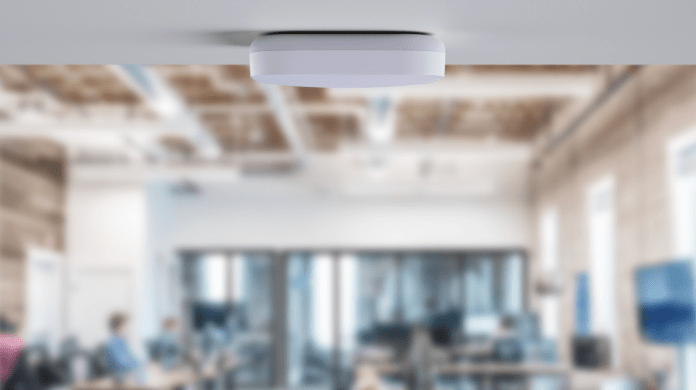 Like Density’s eponymous flagship product, Open Area leverages a depth-measuring radar and an AI backend to perform crowd analytics that overcome the challenges posed by corners, hallways, doorways, and conference rooms. It detects key points on people’s bodies (mostly near joints) that the device translates in software to point clouds on a 3D graph. For instance, when positioned above a desk at which people are seated, Open Area can show the rough outline of those people as they come and go.

“[Open Area] fits in the palm of your hand, is unaffected by sunlight or reflectivity, and mounts in minutes,” a Density spokesperson said. “In combination with our entry sensor, the Density platform is now capable of measuring any point of interest of any size — building, floor, room, or desk. All in real time.”

The puck-shaped Open Area is designed to adhere to ceilings made of concrete, tile, and paneling and powers a top-down view of people within its field of view. If positioned physically high enough (up to 20 feet from the ground), Open Area can track employees across different 1,325 square feet of spaces like lounge areas, meeting rooms, and workspace clusters and record occupancy, entrances and exits, utilization, and other real-time metrics. Customers pay a monthly or annual fee for access to the occupant pathing and heat maps, dwell time at points of interest, desk availability, room use and release, and other data.

Above: Each dot is a depth measurement determined by small movements. A clustering algorithm distinguishes between unique people.

According to Density cofounder and CEO Andrew Farah, Open Area’s radar tracking method offers an advantage over other approaches: peace of mind. Unlike a security camera, its sensors can’t determine the gender or ethnicity of the people it tracks, nor perform invasive facial recognition. This approach also enables Open Area to do occupancy detection inside of rooms where cameras can’t go for compliance reasons.

The pandemic initially hurt Density’s sales because many customers temporarily shut down. But since the close of its series B funding in June 2018 and its $51 million round in July, the company says its sensors have counted more than 150 million people in dozens of countries across hundreds of millions of square feet. Density recently expanded manufacturing in Syracuse, New York by 90% to keep up with a pandemic-related uptick in orders.

Density says that Open Area will be available in over 30 countries by the end of 2021. It will cost $399 with a software license of $199 per sensor per year, but Density says that the pricing is introductory and subject to change.

Zoom became one of this year’s big success stories for real-time video communications, as the rapid shift to remote work forced businesses to rethink their...
Read more
PC News