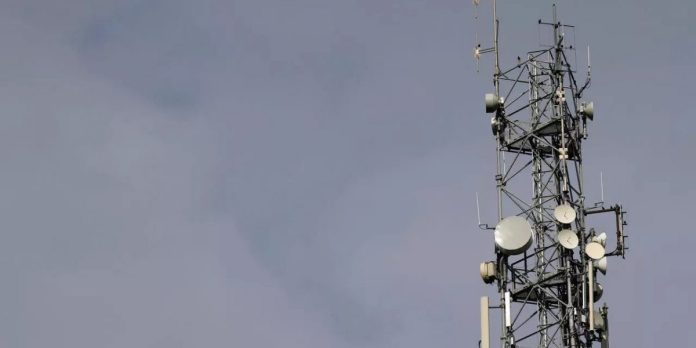 The recent 5G spectrum auction that raised $3.3 billion for the French government would seem to be a win for a country still mired in the destructive economic and health effects of the pandemic. Instead, France finds itself at the center of increasingly divisive debates over the economic, political, environmental, and health implications of this next-generation wireless technology.

Even as the auction heated up in recent weeks, a block of 70 left-wing elected officials called for a moratorium on the deployment of 5G, citing a range of concerns. That reticence prompted President Emmanuel Macron to mock opponents during a speech in which he asserted 5G would play a critical role in accelerating the nation’s digital transformation and maintaining its competitiveness.

“I hear a lot of voices being raised to explain to us that the complexity of contemporary problems should be addressed by going back to the oil lamp,” Macron said during a speech last month to French entrepreneurs gathered at the Elysée presidential palace. “I don’t believe that the Amish model can solve the challenges of contemporary ecology.”

That jab provoked a further outcry, with #JeSuisAmish trending on Twitter as critics continued to press their case for halting deployment of the technology.

The stakes for France are huge. The country has fallen behind other major countries in its efforts to roll out 5G. According to the European 5G Observatory, France has no commercial 5G service, while countries such as Germany, Italy, Spain, and the U.K. have already launched at least some limited commercial service. The 16 5G trials currently ongoing in France compare unfavorably to 34 in Germany, 56 in the U.K., and 39 in Spain.

The situation has been particularly fraught for a country that has worked hard to position itself as a hotspot for innovation and entrepreneurship. But officials have been hopeful that France will meet a European Union mandate to have some kind of 5G service operational in at least two cities by the end of 2020.

In recent months, mobile carriers Orange, Altice Europe’s SFR, Bouygues Telecom, and Iliad (which operates the consumer brand “Free”) submitted bids for 11 blocks of 10 Megahertz (MHz), or a total of 110MHz. In a hotly contested race, the companies bid up the price by almost $750 million more than expected. In the end, Orange received four chunks, SFR three, and Bouygues and Illiad two each.

The winning telecom companies are now committed to huge capital expenditures. They are expected to primarily purchase equipment from Ericsson and Nokia since Huawei’s access to the market has been limited over security concerns.

French telecom association general director Michel Combot has projected that the ensuing investment will create thousands of jobs. In an interview with La Dépêche, he anticipated a huge economic ripple as enterprise and industrial users transform their businesses to leverage the power of these new networks.

The case against 5G

Like many European nations, France has experienced a wave of attacks on cell phone towers. These seem to have been driven by a mixture of conspiracy theories, including one that claims 5G towers helped spread COVID-19.

That the latter idea is total nonsense hasn’t made it any easier for elected officials and telecom companies to keep it from circulating. But while some conspiracy-minded folks are lurking at the edge of the debate, divisions over 5G in France largely reflect concerns raised by mainstream activists and politicians.

Health is certainly included in those concerns. Opponents worry that despite industry assurances, not enough testing has been done to measure the effects of 5G towers that will be deployed in far greater density than previous wireless generations to make the advanced network reliable.

“5G deserves a real debate,” Bordeaux Mayor Pierre Hurmic, who was elected this summer amid a wave of Green Party (EELV) victories in municipal elections across France, said in an interview on RTL radio. “We must indicate what are the dangers of 5G because there are dangers.”

But environmentalists’ concerns extend well beyond the health debate. They point to reports that a typical 5G station could consume 3 times the energy of a 4G station. That figure doesn’t take into account the massive projected increase in connected objects that would be continually gathering and transmitting data.

Their basic question is this: Who has mapped out a plan for producing all that energy in a sustainable way that doesn’t accelerate global warming?

“If these figures are correct, we can’t deploy 5G without having a clear vision of the increase in electricity consumption that it will induce,” L’Union Mayor Marc Péré said in an interview with La Dépêche. “We cannot launch blindly into this deployment without studying the question of electricity consumption.”

Opponents have also raised concerns that 5G will exacerbate France’s digital divide. According to Opensignal.com, which tracks mobile and broadband, 79.7% of France has 4G coverage, compared to 93% of the U.S. Rural areas in France have long complained of being cell phone deserts. Telecom carriers have been investing to close those gaps, but 5G critics argue for extending 4G coverage rather than rolling out advanced networks that will mainly benefit big cities.

Dueling 5G polls have added to the confusion over how deep opposition runs in France. One conducted on behalf of a lawyers’ association fighting 5G claimed that 65% of French adults support a 5G moratorium. A second poll by IFOP, one of the country’s most respected pollsters, suggested that 62% of French people wanted officials to facilitate the rollout of 5G, but it also found that 48% wanted deployment suspended until the summer of 2021.

Also noteworthy in the IFOP poll was that 20% supported the destruction of cell phone towers, 50% are worried about the health effects from electromagnetic waves, and 15% felt there was a link between COVID and 5G.

Underlying those concerns were other anxieties, including fears that 5G would spur an increase in connected objects that would “degrade human relations,” increase surveillance and data gathering, and widen economic inequalities.

IFOP’s poll found that 82% of French people disagreed with Piolle. (And yes, they really polled on this question.)

The case for 5G

Beyond Macron’s Amish comment, government and telecom officials have continued to make arguments for 5G’s technological and economic benefits while trying to reassure the public.

From the government’s perspective, 5G is critical for ensuring that a wide range of industries remain competitive, particularly as the U.S. and China take the lead in 5G rollouts. Technology sovereignty is a big issue here, and lagging behind 5G risks letting more sectors of the economy become dependent on tech developed by companies based elsewhere, especially as markets become digitized.

“The United States and China have [5G] as a major factor in economic competitiveness, and 12 European countries are already in the process of deploying this technology,” Digital minister Cédric O said in an interview with Le Monde. “We need 5G, whether it’s for industry, agriculture, or the environmental transition.”

O also pointed to numerous scientific studies that have debunked notions of a link between cell phone towers and health issues. As for the environmental impact, O said the government is developing a roadmap to reduce the energy drain by working with telecom stakeholders. He has argued that 5G consumes less energy per unit of data transmitted than 4G (although 5G networks will transmit far higher volumes of data) and can be put into a kind of sleep mode when not being used.

Proponents have also argued that 5G will lead to all sorts of productivity and environmental gains by expanding automation in various sectors to reduce the consumption of raw materials and allow for greater energy efficiencies.

“We have to be very clear: 5G means more speed but less energy consumption,” O said in the interview.

Over the weekend in an interview with Le Parisien, O announced that the government would create a program that would allow cities to more closely monitor the deployment of 5G antennas and measure the level of electromagnetic waves. But that also came just after the city council of Lille voted for a moratorium on 5G until another government study on the health risks is released next Spring.

“Because doubts persist both from a health point of view as well as ‘digital sobriety’ on the deployment of 5G, the Lille city council voted this evening for a moratorium,” Lille mayor Martine Aubry wrote in a tweet. “It is urgent to wait!”

In the end, opponents may not have any real clout. Following the spectrum auction, Orange announced plans to begin commercial service in December. Those plans may get a warm reception despite the concerns some consumers expressed.

Indeed, the IFOP poll revealed consumers’ seemingly contradictory feelings about 5G. Even as they worried about environmental and health risks, 50% of urban residents said they will likely subscribe to a 5G plan when it becomes available. And 75% believe it will bring big improvements for distance learning, telemedicine, and remote working.

Combot said the industry will continue to consult with residents and elected officials as 5G is deployed. But he told La Dépêche that how quickly 5G is rolled out will ultimately come down to carriers’ ability to make their case to businesses and consumers: “Whether the deployment will be slowed down will also depend on our ability to show the usefulness of 5G.”