Nest’s new thermostat has a Soli gesture sensor built in

Nest today introduced a new, more affordable thermostat to its lineup of smart home devices. Simply called the Nest Thermostat, it starts at $129 — significantly cheaper than the $250 current-gen Nest Thermostat — and leverages Google’s Soli technology to recognize gestures behind its mirror-like display.

The new Nest Thermostat comes as many consumers are looking to conserve energy in their homes, both to save money and to help the environment. According to the U.S. Commerce Department, energy spending plunged more than 13% in April — the steepest drop since the government began keeping records nearly 60 years ago. In a recent study conducted by the Pew Research Center, 63% of Americans said they would be willing to make sacrifices to comply with stricter environmental regulations.

The new Nest Thermostat, which is Energy Star-certified and built from recycled plastic, displays timely information, including the temperature and the current heating, cooling, and ambient modes. The display lights up when someone approaches and powers down when it’s not in use, courtesy of a Soli module that acts as a real-time motion sensor. 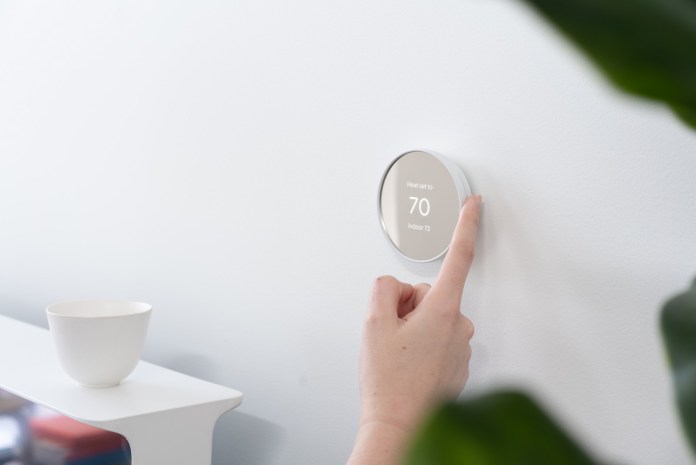 The Soli module was a collaborative effort between Google’s Advanced Technology and Projects group and the Nest team. Much like the chip inside the Pixel 4, it contains a 60GHz radar and antenna receivers that record positional information, in addition to things like range and velocity. Gesture-classifying AI models were trained using millions of recordings from Google volunteers and were supplemented with hundreds of hours of radar readings from other Google volunteers. The models were optimized to run directly on the thermostat’s low-power processor, allowing them to track up to 18,000 frames per second even when the main processor is powered down.

Thanks to Soli, the new Nest Thermostat recognizes swipes upward and downward, as well as forward selection motions in the air, eliminating the need for physical buttons on the face of the device. Fine-grained settings, controls for fans and other elements, and a dashboard that shows historical energy use have migrated to the Google Home app.

Google has to certify Soli-equipped devices like the new Nest Thermostat with regulatory authorities (e.g., the U.S. Federal Communications Commission) in order to transmit at the required frequencies. When asked whether Soli-powered features would be available at launch in countries where the new Nest Thermostat is sold, product lead Ruchi Desai said Google will only release the thermostat in territories where it has gained regulatory approval. That’s in contrast to the company’s strategy with the Pixel 4, which didn’t initially support Soli in every country. 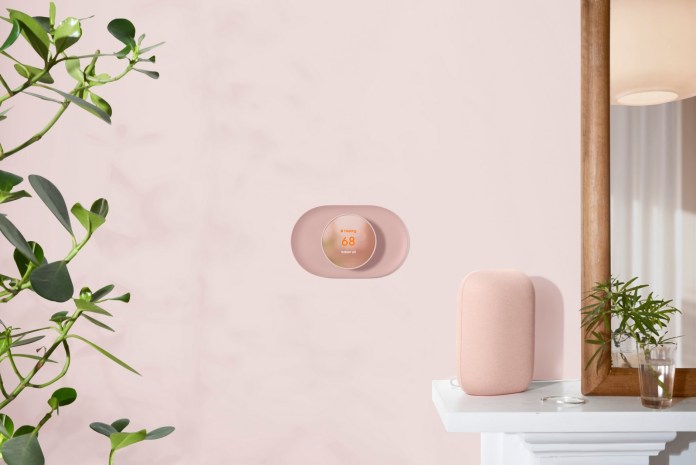 One of the new Nest Thermostat’s highlights is a feature called Quick Schedule, which offers the ability to create temperature presets that reflect users’ lifestyles and preferences. Beyond this, the thermostat leverages Soli and smartphone-dependent geofencing to automatically enable eco-friendly modes. There’s also Savings Finder, which provides energy savings suggestions and can automatically apply those changes if users choose.

The new Nest Thermostat also ships with a feature that identifies unusual patterns related to HVAC systems. The feature, which Google began testing last January and which will come to existing Nest Thermostats in the U.S. and Canada, learns to spot patterns — based on information like historical data and current weather — that might indicate a system malfunction. For example, if it’s taking longer than expected to heat a home, Nest might conclude there’s a problem with the heating system.

Users receive notifications via emails that outline what Nest has detected and which system (heating or cooling) might have been the culprit, or they can sign up for a daily Nest Home Report that spotlights the HVAC alerts. If necessary, they can book an HVAC professional through gig marketplace Handy. This option is initially available in over 20 metro areas, including Atlanta, Boston, Denver, Las Vegas, and San Diego. Maintenance with Handy will include a general inspection of either the heating or cooling system and the Nest Thermostat. 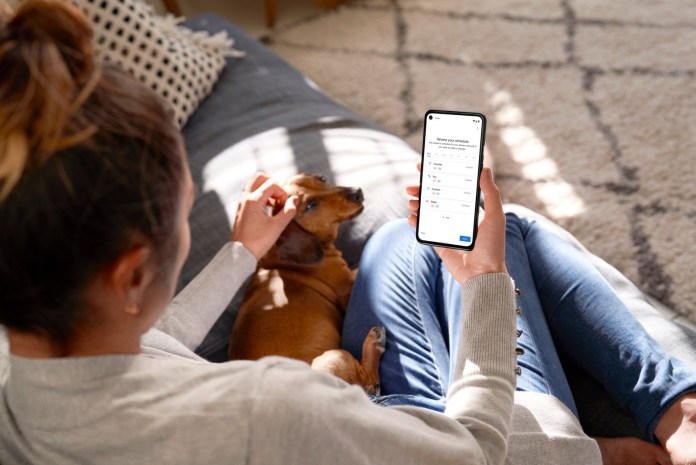 Google says with continuous feedback the system will become better at detecting anomalies over time.

The new Nest Thermostat — which doesn’t support Nest’s Temperature Sensors — will launch in the U.S. and Canada (where it’s $179 CAD) to start. It will come in four colors, including sand, charcoal, snow, and fog. A trim kit designed to streamline the process of affixing it to walls will be sold separately for $15 ($20 CAD).