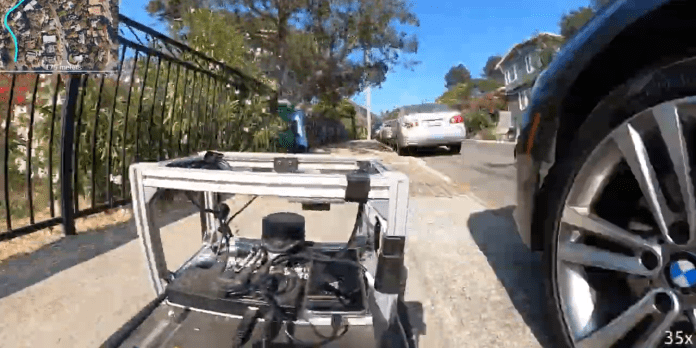 UC Berkeley AI researchers say they’ve created AI for autonomous vehicles driving in unseen, real-world landscapes that outperforms leading methods for delivery robots driving on sidewalks. Called LaND, for Learning to Navigate from Disengagements, the navigation system studies disengagement events, then predicts when disengagements will happen in the future. The approach is meant to provide what the researchers call a needed shift in perspective about disengagements for the AI community.

Doing so, according to engineers from Berkeley AI Research, allows the robot to learn from datasets collected naturally during the testing process. Other systems have learned directly from training data gathered from onboard sensors, but researchers say that can require a lot of labeled data and be expensive.

LaND utilizes reinforcement learning, but rather than seek a reward, each disengagement event is treated as a way to learn directly from input sensors like a camera while taking into account factors like steering angle and whether autonomy mode was engaged. The researchers detailed LaND in a paper and code published last week on preprint repository arXiv.

The team collected training data to build LaND by driving a Clearpath Jackal robot on the sidewalks of Berkeley. A human safety driver escorted the robot to reset its course or take over driving for a short period if the robot drove into a street, driveway, or other obstacle. In all, nearly 35,000 data points were collected and nearly 2,000 disengagements were produced during the LaND training on Berkeley sidewalks. Delivery robot startup Kiwibot also operates at UC Berkeley and on nearby sidewalks. 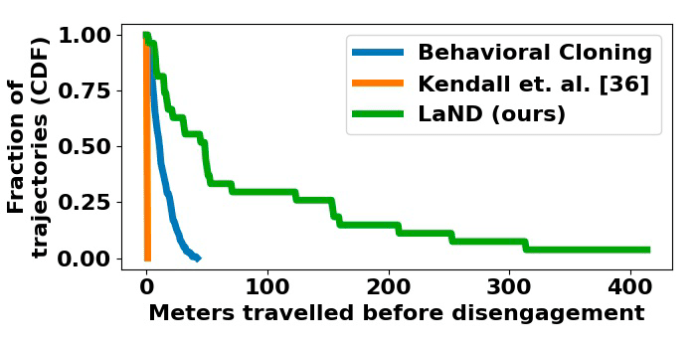 In future work, authors say LaND can be combined with existing navigation systems, particularly leading imitation learning methods that use data from experts for improved results. Investigating ways to have the robot alert its handlers when it needs human monitoring could lower costs.

In other recent work focused on keeping training costs down for robotic systems, in August a group of UC Berkeley AI researchers created a simple method for training grasping systems that uses a $18 reacher-grabber and GoPro to collect training data for robotic grasping systems. Last year, Berkeley researchers including Pieter Abbeel, a coauthor of LaND research, introduced Blue, a general purpose robot that costs a fraction of existing robot systems.