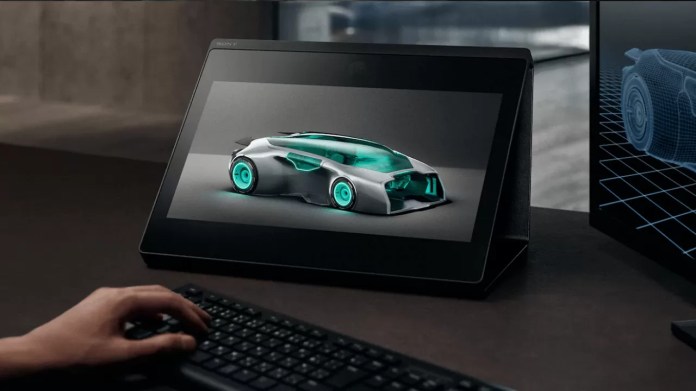 Why it matters: 3D content and its supporting hardware may have had a hard time finding consumers, but visual artists and designers in the industry are always on the lookout for innovative products to help bring their ideas to life. Sony’s latest spatial reality display is a step in this direction, which enables stereoscopic 3D content without the use of 3D glasses or headsets by combining a special 4K LCD screen with Sony’s proprietary face/eye tracking technology and rendering algorithms.

Sony originally announced the Spatial Reality Display at CES this year, but the company has now revealed additional info about the hardware, including its specs, price, and availability. Similar to existing products in the stereoscopic 3D space like Microsoft’s Hololens smartglasses, Sony’s SRD isn’t meant for consumer use – especially given its $5,000 price tag – but is aimed at businesses and the filmmaking industry that’s regularly working with 3D content.

Coming in at 15.6-inches, the 4K LCD packs a high-speed vision sensor that can detect horizontal and vertical eye movement, as well as depth, in milliseconds. Given its target audience, the display itself supports 100 percent of the Adobe sRGB color gamut, a temperature color of 6,500K, and 500 nits of brightness. It comes with its own 12V AC power adapter and has an HDMI-input and a USB 3.2 Type-C port, alongside a couple of built-in speakers.

Additionally, Sony has applied a micro-optical lens coating on the LCD to allow for stereoscopic viewing, though its tracking tech supports only one user at a time sitting between 30cm-75cm away from the display.

A beefy PC is also required to power the SRD, which Sony recommends should have at least an Intel Core i7-9700K and an RTX 2070 Super GPU to drive the display and the company’s proprietary real-time rendering algorithm that produces two separate 2K images continuously to match with the user’s eye movement, making changes to a 3D object’s texture, light, and other details. Though it’s difficult to imagine that experience on-screen, The Verge, in their hands-on with the product, describe it as looking at a diorama.

In terms of software, the SRD’s SDK supports Unity and Unreal Engine, and Sony says these industry-standard tools should help provide an already-familiar production environment for designers and engineers working in the gaming, VR, construction, and automotive industry.

Sony has also partnered with Volkswagen on vehicle design and ideation, as well as Ivan Reitman/Dan Aykroyd’s production company Ghost Corps, on its upcoming Ghostbusters film to bring its characters to life using spatial reality. It’s not aiming this hardware at consumers, though they would be able to buy it for a sweet $5,000 when it goes on sale next month.