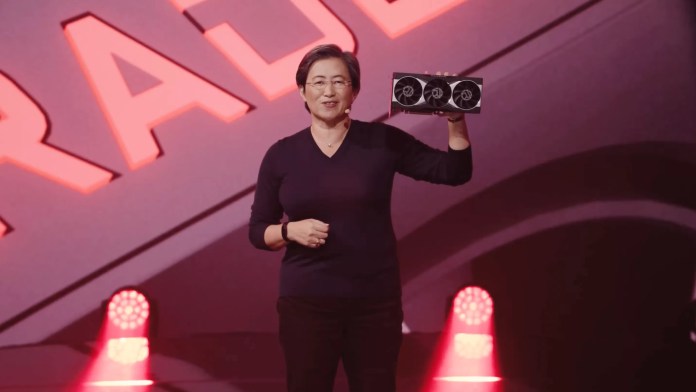 Something to look forward to: With only a week until their official reveal, AMD’s Big Navi graphics cards keep generating a lot of buzz, and rumors and leaks abound. Everything points to an exciting launch with powerful GPUs backed by ample memory and quite an appetite for electricity, just like Nvidia’s latest offerings.

Earlier this month, AMD unveiled the Zen 3-based Ryzen 5000 series of desktop CPUs with absolute confidence that this time they’ll take both the productivity performance and gaming performance crowns. The company has been relentless in delivering significant performance jumps since the first Ryzen release, which is why it gained a lot of mindshare in the eyes of enthusiasts, with 25 percent of Steam users now owning a Ryzen CPU.

AMD is also preparing the launch of its RDNA2-based Radeon 6000 series graphics cards, which are set to be revealed on October 28. As we inch closer to launch, rumors seem to be driving enthusiasm around the new hardware to a point where we might see the new cards getting sold out just as fast as Nvidia’s RTX 3000 series.

When AMD CEO Lisa Su previewed the Radeon 6000 series, she said that these are geared for 60+ FPS at 4K in popular titles like Borderlands 3, which means they’ll pack some serious power. Over the weekend, software engineer and reliable leaker Patrick Schur posted on Twitter the purported specifications of a Navi 21 XT graphics card that he claims were sourced from an AIB partner.

If these turn out to be accurate, “Big Navi” will be a well-deserved moniker for these cards, as this seems to confirm earlier rumors that the upcoming flagship 6900 XT will feature 16 GB of VRAM, which is more than you get with Nvidia’s RTX 3080.

It’s widely expected that the Navi 21 XT will be positioned as a direct competitor to the RTX 3080, which is quite power hungry with a TGP of 320 watts. A leak in the macOS Big Sur beta code showed before that Navi 21 is going to have 5120 cores, which means AMD has done some architectural wizardry for what appears to be a Godzilla GPU.

According to Igor’s Lab, the 255 watt figure as shown above is just for the GPU and the Samsung GDDR6 memory (235 watts + 20 watts). Once you add in MOSFETs, fans, and other electronics, you get an additional 65 watts that bring the total to around 320 watts, so effectively on par with an RTX 3080. Some custom cards are expected to need as much as 355 watts.

The more interesting tidbits from the last batch of rumors are about availability. Considering Nvidia hasn’t been great at managing supply and doesn’t expect the shortage situation to get much better in the coming months. AMD could take advantage of this wide window, and Igor says AIB partners have had an easy time with implementation as Big Navi’s board design isn’t all that different to Navi 10. Better yet, it looks like AMD is already busy implementing measures to cope with demand and prevent scalpers from ruining the launch.

Facebook
Twitter
Pinterest
WhatsApp
Previous articleProBeat: PayPal will boost cryptocurrencies while undermining their ethos
Next articleThe DeanBeat: Our next game event focuses on growth and the metaverse