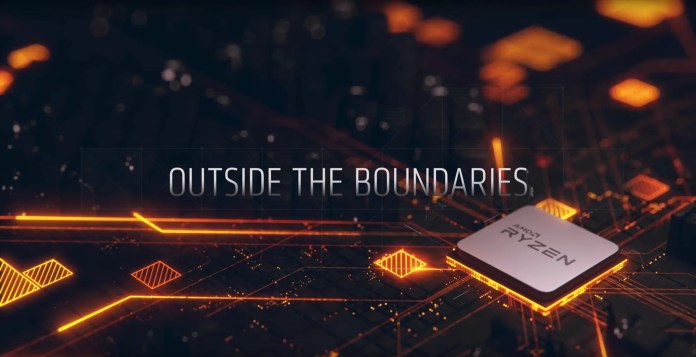 Something to look forward to: Whether you’re sticking with an AMD B450 motherboard or planning on upgrading to a 500-series board, the Ryzen 5000 series desktop CPUs are a gamer’s dream, at least on paper. With the R9 5950X, AMD might finally join the 5 GHz club, and with a 16-core CPU, no less.

AMD CEO Lisa Su revealed the Ryzen 5000 series desktop processors based on the Zen 3 architecture earlier this month. At least on paper, these come with a lot of improvements such as a unified L3 cache, 19 percent average throughput improvement in terms of instructions per clock over Zen 2, and higher performance per watt.

Another of the impressive aspects of the new processors is that AMD was able to clock them 100 to 200 MHz higher than the previous generation on what’s virtually the same 7 nm process node. In the case of the Ryzen 5950X, that means up to 4.9 GHz boost speeds. Intel has notably broken the 5 GHz barrier with its desktop and laptop Comet Lake flagship CPUs, but according to newly leaked benchmarks, AMD’s new 16-core monster will soon join that club.

This is interesting because we’ve seen that Zen 2 didn’t have much headroom for manual overclocking unless you’re winning the silicon lottery. Even AMD admitted as much when it confirmed reviewers’ findings that Precision Boost 2 in the Ryzen 3000 series is so opportunistic that it already squeezes every last ounce of performance from those CPUs.

In the case of Zen 3, it looks like the Ryzen R9 5950X is able to shoot a hair above 5 GHz, although we don’t know the conditions where this result was achieved. The R9 5900X was only able to get to a maximum of 4.94 GHz, but that’s still impressive given that the advertised figure is 4.8 GHz. Other than that, the benchmark results appear to confirm AMD’s claim of 19 percent average IPC improvement over Zen 2.

If true, the scores could make the Ryzen 5950X the new champion of the Geekbench 5 single-core chart, replacing Intel’s i9-10900K which has a score of 1412. Of course, we’ll know for sure soon enough, as the Ryzen 5000 series goes up for sale on November 5 and we plan to review it.

In the meantime, those of you on the fence about whether to go with a B450 or B550 motherboard for the new CPUs, check out this article where we share our thoughts on what’s the best course of action.