Intel Xe DG1 GPU is shipping and will release this year 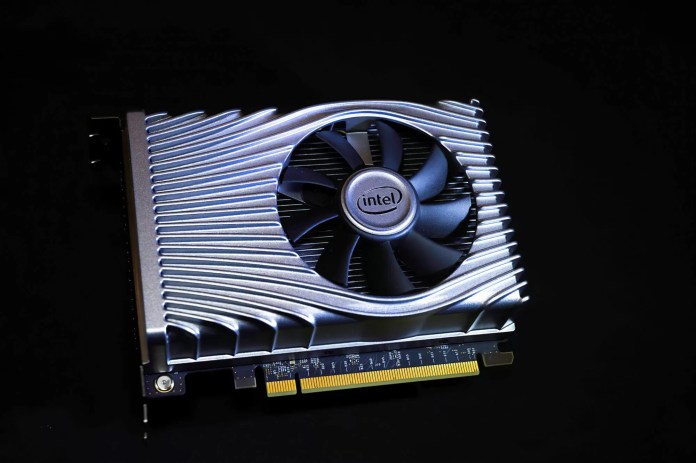 Bottom line: At Intel’s recent earnings report, CEO Bob Swan confirmed that the development of Xe GPUs is progressing well. Their low-power, budget option, codenamed DG1, is already shipping and could be available for the holiday season. Intel’s high-performance gaming graphics chip is still in the early phases of testing but is looking good thus far.

The DG1 is their current LP product. It goes by a few names; as a developer card it was called the DG1 SDV and in laptops, it’s been known as the Iris Xe Max and as Iris Xe Graphics. But they’re all the same: a 96 EU (Execution Unit, equal to eight shaders) GPU built on Intel’s 10nm SuperFin process. Leaks in various databases show that it’s been clocked up to 1.5 GHz, and paired with up to 3 GB of memory.

The architecture of the DG1 (LP) versus a theoretical DG2 (HPG) model. Each blue square represents one execution unit. To learn more about the features of Intel’s Xe architecture, check out our Intel Xe Graphics Preview v2.0.

Swan commented that the DG1 will “be in systems from multiple OEMs later in Q4,” which suggests that the card might only be available in pre-built desktops.

Swan also officially commented on the DG2 for the first time, describing it as an HPG product that “will take our discrete graphics capability up the stack into the enthusiast segment.” According to some information Intel leaked on accident, the DG2 models could have between 128 and 512 EUs, but it’s possible that Intel’s changed things up since then.

Facebook
Twitter
Pinterest
WhatsApp
Previous articleThe DeanBeat: Our next game event focuses on growth and the metaverse
Next articleHow ethical hackers are trying to protect the 2020 U.S. elections