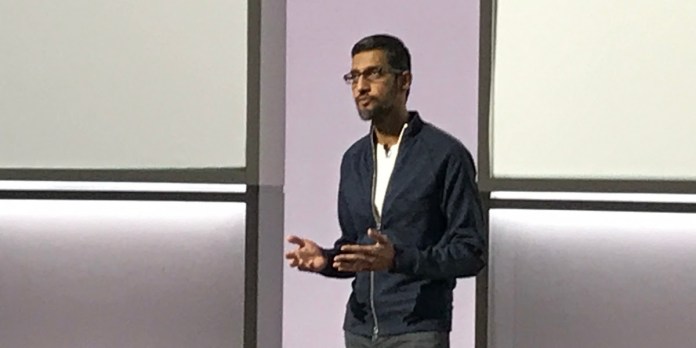 (Reuters) — Google parent Alphabet on Thursday powered back to sales growth in the third quarter, beating analysts’ estimates as businesses initially hobbled by the coronavirus pandemic resumed advertising with the internet’s biggest supplier of ads. Alphabet shares rose 8% after ending regular trading at $1,556.88, up 13% on the year.

Wall Street had expected a rebound from Alphabet because the company said in July that advertiser spending was inching back, following a March plummet due to lockdowns. Google competitors Snap and Microsoft also reported third quarter revenue ahead of expectations in recent days. Alphabet’s third quarter revenue growth reflected a bump in spending across each of its key ads businesses, including search, YouTube, and partner properties.

CFO Ruth Porat said the company saw upticks from advertisers across all regions and industries. But she did not say whether the trends showed signs of slipping as Europe and other areas tackle significant increases in coronavirus infections. “While we’re pleased with our performance in the third quarter, there is obviously uncertainty in the external environment,” Porat said. She told financial analysts the company would not slow down spending on its cloud computing unit and other areas, even if another round of COVID-19 lockdowns hit ad demand.

Google’s search engine and YouTube video service are gateways to the internet for billions of people and have become more essential as users transact and entertain online to avoid the virus. Advertisers turned to Google’s ad system to let shoppers know about deals and have adjusted service offerings as the economy has begun to chug along again.

EMarketer principal analyst Nicole Perrin said YouTube’s year-over-year sales growth, which was 32% compared with about 6% in the second quarter, pointed to “advertisers’ continued desire for video inventory, the return of brand spending, and notable increases in political ad spending” amid the U.S. presidential election.

Google’s cloud business was about flat with the second quarter, as were the company’s sales of apps, hardware, and content subscriptions. Alphabet said it would elevate cloud into a separate reporting unit starting in the fourth quarter, effectively dropping cloud sales and expenses from its Google unit. In recent months, Google had aimed to stoke advertising by not charging merchants for some promotional space and issuing grants to help other businesses buy ads. The efforts followed the company’s first sales decline (compared with a year-earlier period in the second quarter) since going public in 2004.

But the dominance of Google services has become a liability for the company too. The U.S. government last week sued the company for operating a search monopoly and stifling competition. Other regulators in the United States and elsewhere have ongoing investigations into similar allegations. The various cases could lead to Google having to divest some of its ad business in the coming years, though financial analysts doubt it will happen.

Google competitors Facebook, Amazon.com, and Twitter also released financial results on Thursday that were above expectations, showing how internet companies have fared well through the pandemic. Facebook shares on Thursday were up 30% this year, Amazon up 71%, and Twitter up 51%.

Alphabet’s total costs and expenses rose 12% from a year ago to $35 billion in the third quarter, compared with a 7% jump a quarter ago. Capital expenditures dropped 20% to $5.4 billion, compared with a 12% drop last quarter.

Facebook
Twitter
Pinterest
WhatsApp
Previous articleApple reports record $64.7 billion revenue in Q4 2020 despite iPhone delay
Next articleAmazon reports $96.1 billion in Q3 2020 revenue: AWS up 29%, subscriptions up 33%, and ‘other’ up 51%