Home PC News What is shaping the next generation of games? And what exactly will...
PC News

What is shaping the next generation of games? And what exactly will it look like? 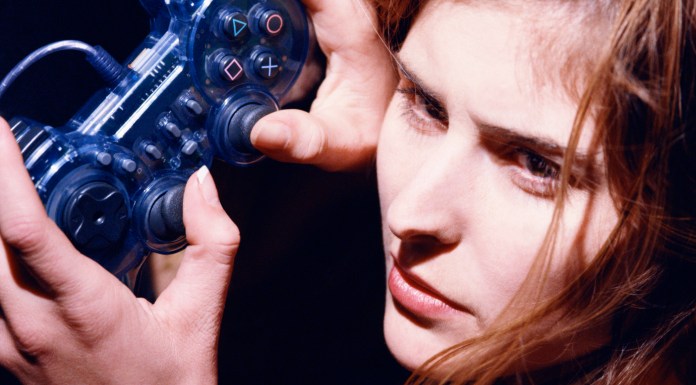 The next generation of games is here, with the release of the newest consoles, from the PS5 and Xbox Series X to the Oculus Quest 2. They’re bringing in to play the factors that have been influencing every new generation of games. Is it enough for the gamers who have been waiting?

On November 11, lead writer for GamesBeat, Dean Takahashi, Jefferson, and others will be answering that question as part of an exclusive live VR event presented in partnership with Oculus. The Next Generation of Games will look at what’s coming — from which games will rule the next-gen consoles, to which companies are in the best position to succeed and more.

Overall, Jefferson says, “Gamers want more. They want games to be more performant. They’re expecting better graphics, bigger worlds. They want, as players, to be more capable, to be more precise — anything that allows them to do more cool stuff is going to be a big plus.”

The tech that’s changing the game

In the first God of War, there’s a scene where Kratos, the hero, is fighting Ares, the god of war, as giants in the ocean. The scene is very cool as it is, says Jefferson.

“But imagine if you could have the entirety of Ragnarok, a hundred gods fighting each other as your backdrop,” he says. “That gives an idea of the leap forward that we’re taking with this generation of consoles.”

Technological firepower is always at the top of the gamer wish list. Gamers, especially core gamers, want more of everything — better graphics, better audio, better immersion, a better sense of being in the game, or of the game. A system that can give them significantly more than the last generation is checking the box.

These technology gains in the CPU and GPU, or the horsepower and the transmission of the games, are bringing larger, more robust, more immersive experiences. And with speed of the drives, and the power of the CPU and GPU, you also get worlds that are more completely unique. Smart asset allocation means using every part of a world map or building dungeons several times over; what the next generation gains is the capacity to vary the world, and the gamer’s experience in it. That means less repetition than in previous generations, which is a subtle thing. But even if gamers can’t articulate the improvement, they’ll pick up on it, because the game feels more fresh and engaging.

Faster systems can also handle full raytracing, the algorithm that affects how light interacts with objects in the game world to achieve more atmosphere, realism, depth, and detail. Lighting, along with audio, create atmosphere, emotion, tension, and drive the experience. Native 3D sound can make a gamer feel like they’re in the game, not just watching it. Sounds will seem as if they’re coming from behind you, beside you, ahead of you, above you, with the leap forward in audio technology.

The cost of the game

A close second in the list of factors driving the next generation of games and systems is price point, Jefferson says. For a system to catch fire, it has to be affordable. Of course, what you’ll see early on in the new hardware life cycle are core gamers who pick up anything new right away, because they need to have it immediately. Only later in the sales cycle do the more casual gamers come in and buy the hardware and games.

“There are so many articles about what the price point is going to be for PS5, for Xbox Series X, for Quest 2, because that’s the first potential barrier to entry for new users to get into the games they want to play,” Jefferson says. “If they can’t afford the system, they can’t play the games.”

The game industry has traditionally done a solid job of holding the price point at around $60 currently — going up to just $70 with the next generation, for robust, triple-A games, which is actually incredibly reasonable, he adds. Studios have held to that the price point even when games cost $150 million to make, because of increasingly large budgets and growing demand for better production values.

Also on the minds of game and hardware makers are concerns like community and connectivity. Games have long served as hangouts, but community features have become more important than ever — the idea of having these pathways to connect with friends and build community is a big expectation from gamers at this point in time. Games like Destiny, Fortnite, and Minecraft are proving that creating a thriving in-game community is a powerful, and lucrative, engagement tool.

And this search for social connectivity includes being able to watch a game through Facebook or Twitch, or being able to interact with your friends’ characters. Gamers are also looking for a greater coordination of activities – for instance, the idea of getting a push notification when your friends are online, or the matchmaker pulling you into a game because both you and your friends are there.

It’s one of the reasons strategies previously associated with successful mobile free-to-play games are creeping into how console and PC games are made and how they’re sold, Jefferson says. Publishers are thinking about retention and value proposition, and everyone has a live ops plan, looking for ways to continue delivering content and keep players in the game — in every industry, the customer you have is easier to hold on to and far more valuable than the customer you still need to woo. It’s one of the reasons that subscriptions are becoming more popular.

“Long gone are the days where you’d see games that are one-and-done, or just on the disc,” he says. “You’re seeing games that live on, or games that are franchising themselves without having sequels, because they have such long tails and they keep adding content and stories.”

With the price point of current games, to hit the sweet spot for a robust player value proposition, the rule of thumb was offering eight to twelve hours play. The formula varies, but boils down to getting X amount of minutes played per dollar spent. What you’re seeing now is games like Witcher or Fortnite that can be played over and over again, either to explore all the content in the world, or to play old storylines in new ways.

The new world for developers

These leaps forward in technology and player expectations are unshackling developers in ways we haven’t seen before, Jefferson says.

“A fundamental question is always, what if?” he says. “You’ll see that the scope of people’s imaginations is far greater than you’d expect, or than even what the current generation is implying. You’ll see grand and cool stuff that’s now more attainable than ever.”

You’ll get to see a deepening of world-building, of storytelling, an evolution of mechanics that are so ubiquitous that you almost take them for granted, with things like the advance in haptics technology, and more that hasn’t been invented yet.

“In the first couple of years [from now] you’ll see games that have a wow factor, because they’re new, they look cool, and developers are taking advantage of the hardware,” he says. “But go forward three or four years and that batch of games is when you’ll start seeing developers that have been pushing the machine, and have a greater understanding and mastery of what it will do, where the boundaries are and how to push against those boundaries — that’s when you’ll see the real mad science showing up.”

Join the GamesBeat community at our exclusive Oculus Venue events, beginning with “The Next Generation of Games” on November 11.

For those with Oculus headsets, please use your Oculus Venus app for viewing in VR.

For all other industry execs, join the conversation by registering here!