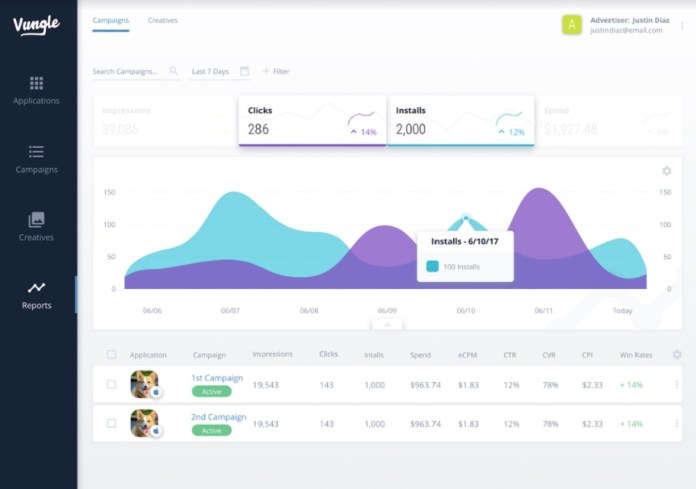 Vungle was founded in 2011 and is focused on providing rewarded video ads (where users can get free things for watching a video ad) for games on iOS and Android. Today, it has expanded into other kinds of apps and user acquisition and monetization technologies, and it continues to focus heavily on monetizing games by working with 90 of the top 100 mobile game companies. But this is also a time of transition and consolidation in mobile ad tech, as Apple has decided to limit targeted marketing in the name of user privacy.

“We’ve built a meaningful and fast-growing business in dating, the social sector, and music, as well as outside of iOS and Android in a variety of different stores,” Bondy said in an interview with GamesBeat. “And we’ve grown outside of user acquisition and monetization now into recommendation technology in order to help mobile marketers get smarter with their storytelling and brand building.”

Tallman joined the company as COO in 2015 and was appointed CEO in 2017 during a tumultuous time for Vungle. Founding CEO Zain Jaffer was accused of felony assault and child abuse in a case that was later dropped. Jaffer sued to get his job back in March 2019, and that case was settled when Vungle agreed to be acquired by Blackstone for $750 million in July 2019.

The San Francisco company said that Vungle experienced substantial growth under Tallman and is now positioned as a leading player in the in-app mobile marketing space. Bondy characterized the company as a mobile marketing engagement platform that is heavily focused on performance.

“From a macro perspective, amplifying the focus on data is a critical direction for the organization,” Bondy said. “We have seen paradigm shifts from 2014, when buying at a publisher app level became a very big focus. And then you started to see even more granular buying evolve well into 2020. And now, the privacy pendulum is swinging and data is still paramount in order to drive performance. But it’s much more about de-personalized and effectively correlated data. Our focus is around building a data advantage while being a very safe place for marketers to focus their spending.”

“With the backing of Blackstone, you’re starting to see us become more aggressive,” Bondy said.

Bondy said the AlgoLift deal would give the company contextual machine learning-powered recommendations so advertisers — including game developers and app makers — can maximize their return on advertising spend (ROAS) and lifetime user value (LTV).

“We’re focused on creating a data advantage for the privacy-centric world in the future,” Bondy said. “And AlgoLift is a very meaningful step in that direction. We’re preparing for an environment that lives on the right end of this privacy spectrum. We’re hoping there will be more and more certainty and clarity provided to the market so we can continue to work with content creators and developers to drive profitable businesses.” 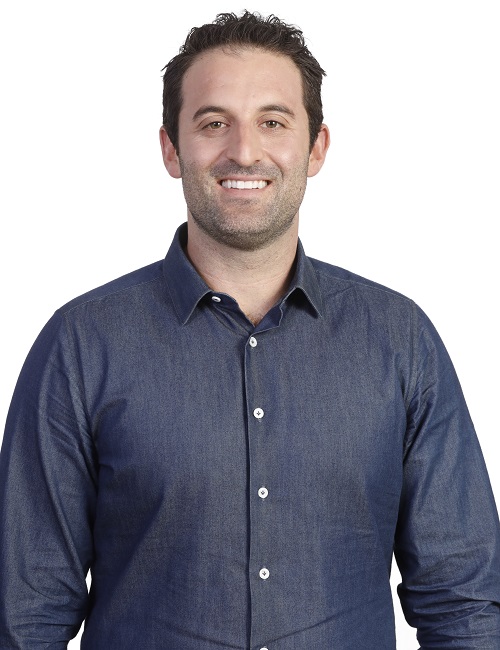 Above: Jeremy Bondy is the CEO of Vungle.

Bondy, who joined Vungle in 2014, has held a number of senior sales and operational roles at the company, most recently as COO. During his tenure, Bondy has been responsible for setting up and scaling Vungle’s global commercial organization, establishing seasoned and tenured teams in Berlin, London, Beijing, Seoul, Singapore, Tokyo, New York, and Los Angeles.

Bondy said in an interview with VentureBeat that he looks forward to guiding Vungle’s team in creating a suite of tools to help app developers grow. Vungle’s technology for in-app video ads is currently used in tens of thousands of apps from Rovio, Pandora, Microsoft, and others. Its data-optimized ads run on more than a billion unique devices. Vungle has nearly 300 employees.

“The industry has certainly shifted over time, but Vungle has been a consistent leading player across the paradigm shifts,” Bondy said. “We’ve been a constant in a market where players come and go.”

Bondy also said Tallman has been a mentor during his last five years at Vungle.

“We’ve had a succession plan in place since the Blackstone acquisition last year,” Bondy said. “We have worked closely over the last five years and he has mentored me.”