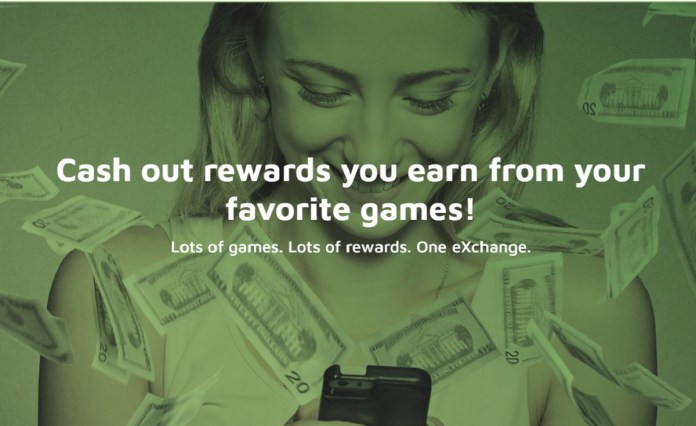 Acqyr Exchange is launching a rewards redemption program that lets gamers redeem earned rewards into cash across a number of games. The exchange is now in open beta for game companies.

Game publishers can begin applying today to integrate QX, the shorthand for Acqyr Exchange, into their mobile and online games. QX plugs into a publisher’s current rewards issuance mechanism, promotes QX membership to gamers, and it is free for publishers to use. It’s another part of what I call the Leisure Economy, where one day we will all get paid to play games in exchange for our engagement.

“Our focus is on the ability for gamers to be able to acquire and then redeem their loyalty rewards,” said CEO Jim Mulford in an interview with GamesBeat.

Mulford said the Denver-based company can help publishers and developers deal with the financial liability that comes when gamers don’t redeem rewards that they’ve earned. QX makes it easier for consumers to own, track, exchange, and redeem digital assets across multiple issuers of those assets. It’s going into beta, so no publisher supports it yet. 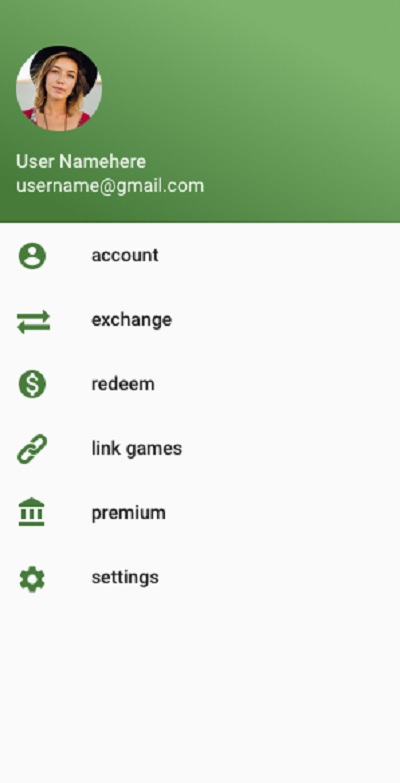 Above: Acqyr Exchange lets gamers aggregate their rewards from many games.

This generates a new revenue stream for digital asset redemption instead of a cost center. It replaces multiple rewards redemption mechanisms with one program. It incents users to play more often and longer to earn more rewards. It increases cross-selling opportunities to sign up players for the publisher’s other games within the QX multiple-game redemption platform.

And, as a publisher on the exchange, QX will promote publisher games to players of other participating publishers.

Publishers using QX will assign a monetary value when issuing their digital assets to players. With the platform, earned assets can now be deposited into the gamer’s QX membership account as Acqyr Cash. That cash is the common exchange medium for turning digital assets into dollars in multiple games. Acqyr Cash in a player’s account is backed in U.S. dollars by QX and can be exchanged for U.S. dollars anytime, Mulford said. 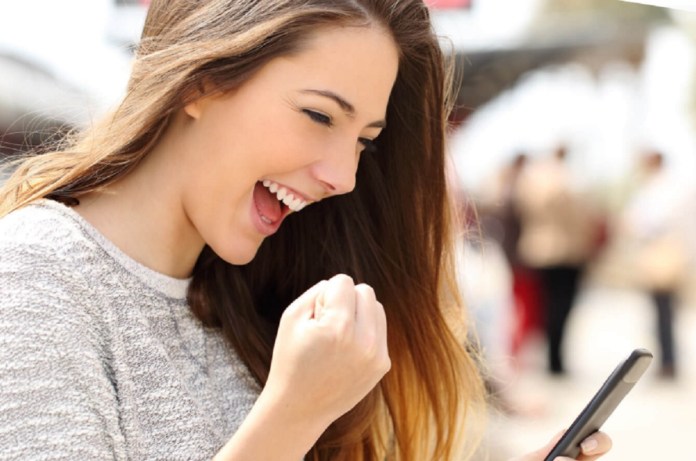 Above: Gamers can earn rewards in real time with Acqyr Exchange.

The platform allows gamers to own and exchange all earned rewards from participating games into cash. This means that the siloed, private-value digital assets issued by game publishers can now be redeemed and exchanged on a single redemption platform.

Instead of having a dollar tied up in one game reward account, the gamer can now have $100 across a hundred games, and that money can now be exchanged for $100 so that the gamer can actually buy something with it, Mulford said.

With the option to redeem rewards on QX to cash in real time, players can enjoy immediate gratification. QX is free for gamers to join. Freemium members can manage earned rewards from all participating games and loyalty programs on their QX mobile app with one login.

QX membership is free, but gamers will have the option to upgrade to a premium account at a modest monthly fee for enhanced member benefits in the future. The earned rewards from multiple participating games are listed on the exchange. Gamers can link the games they play and exchange these rewards into their Acqyr Cash account whenever they want.

How it got going

Above: Acqyr Exchange doesn’t use blockchain.

Mulford’s focus has always been on using tech to solve business problems. Mulford was an entrepreneur who ran a networking systems integration company and was able to sell it. He became an investor, and he became interested in the rewards market a few years ago. Over five years, his team has invested a few million dollars into developing a multi-platform application that allows for real-time issuance and redemption of rewards.

“We put our initial focus in the small consumer retail market and had a multiyear agreement with MasterCard,” Mulford said.

When a consumer swiped a MasterCard loyalty card, a merchant’s reward would be issued to the consumer on the card, and they could use the value on the car against the total amount of the purchase. They started doing pilot tests in 2015 and they went down that road for a couple of years. But the competition was fierce and so Mulford made the decision to pivot into game rewards.

“We looked at the value our platform brought and the chance to retain gamers for our publisher partners but also attract additional gamers,” Mulford said.

He saw that individual game reward programs often had the same result as airline frequent flyer miles. Many people never flew enough to earn any rewards. Instant rewards, on the other hand, are much more motivating. But what works best is when the rewards can stretch across a lot of things that people buy. In this case, that meant having a reward program that could reach across a lot of games.

“We’ll also bring back the cashback rewards that consumers are earning in the market,” Mulford said. “I can go out and get a reward of $10 cashback from Chili’s because I took my family out to dinner. Then that meal comes right back into my rewards so I can make more purchases with it.”

With games, it will work the same way. 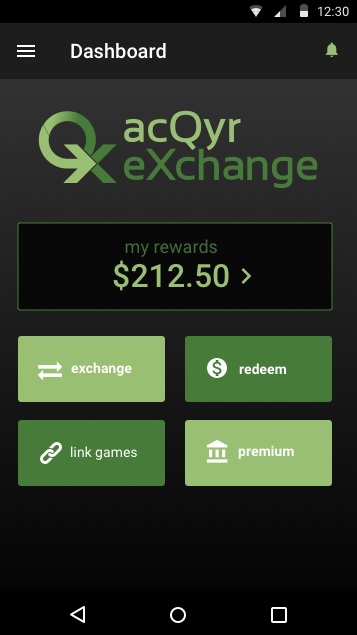 Above: Acqyr Exchange lets you link your games and extract your rewards.

Mulford considered using blockchain, but he decided it wasn’t necessary as the company already had a working platform.

“It wasn’t really necessary to bring in the blockchain side of the equation,” Mulford said.

“The overall value to the consumer goes up because now not only because am I getting a much better aggregation of my rewards across the games in which I’m engaged, but I’m also able to aggregate my in market purchases reward value down the road,” Mulford said.

Over time, Mulford hopes to add rewards in other markets, like travel and leisure, and with that comes aggregating rewards in airline miles and hotel points. Over time, that adds up to more rewards for gamers.

“By aggregating this reward value, it becomes much more valuable to the consumer in the case of mobile video games,” Mulford said. “It encourages them to go back into the games and continue to participate and that builds retention.”

The company has five people and it has some outsourced tasks. To date, the company has raised money from private sources and invested about $7.5 million, including $2.5 million from Mulford himself.

There are a lot of rivals in the market, like Rally/Forte, Scuti, Salad, and others.

“I think a lot of the initial focus in the gaming world has been primarily the buying and selling or the exchanging of non-consumable assets, like skins and other things,” Mulford said. “Robux at Roblox is another kind of reward. That’s certainly competition. In our case, we’re focused on the long-term reward digital assets, the buying and selling of digital assets.”

The launch today is the first step in a plan. By the end of one year, Mulford hopes to have three to five publishers on the platform. And in early 2021, the company will come out with a new release with more functionality and premium services. Then will come international expansion, if all goes well.