Home Hardware PlayStation 5 designer: In the beginning, it was much larger
Hardware

PlayStation 5 designer: In the beginning, it was much larger 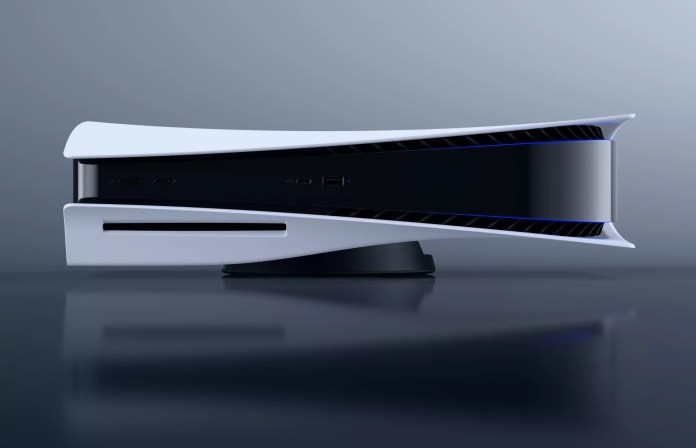 In brief: Sony’s new PlayStation 5, if nothing else, is large. At 15.4 inches × 10.2 inches in × 4.1 inches, it’s easily the largest PlayStation console to date. But what you might not realize about the PlayStation 5 is that it was initially even larger than what first broke cover in mid-June.

In a recent interview with The Washington Post, Yujin Morisawa, who serves as senior art director at the corporate design center of Sony Interactive Entertainment, said that when he started sketching the concept for the new console, it was even larger.

“I knew it was going to be larger because I know how much power there was going to be, so I knew how much air flow you would need and how much space for a heat sink,” Morisawa said. “It’s kind of funny that engineering actually told me it’s too big. So, I actually had to shrink it down a little bit from the first drawing.”

The end result is something Morisawa is happy with, describing it as the perfect size. Had it been any thinner, there would have been airflow issues, resulting in a noisier fan that might disturb gamers while they are playing.

As for inspiration, Morisawa said he came up with the term “five dimensions” when working on the PS5. “When thinking about the experience we have, it’s kind of, you are living in a parallel world or you’re jumping around time or space. This is the PlayStation 5, so five dimensions really fits.”

Morisawa also briefly touched on the PS5’s attention to detail – specifically, the textures used on the controller and the console’s outer shell. If you look closely, you’ll notice the texture is actually made up of the square, X, circle and triangle button icons from the controller.

Something to look forward to: The Ryzen 5000 series APUs will include...
Read more
Hardware

Scalper company secured almost 3,500 PS5 consoles for resale, says it has “no regrets”

A hot potato: Many consumers who were excited about buying a PS5,...
Read more
Hardware