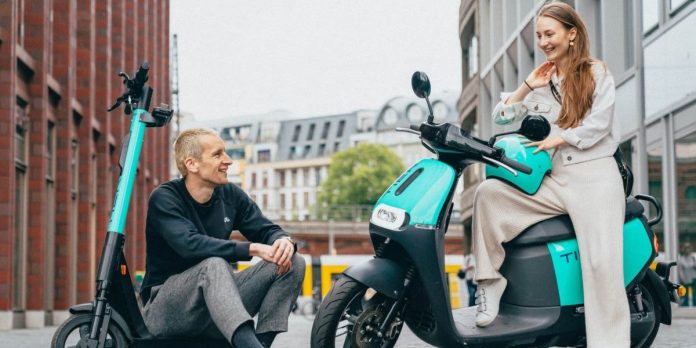 The coronavirus has hit the micromobility world hard as companies struggle with the impact on consumer transportation habits. But in Europe, Tier appears to be bucking the trend as it managed to turn profitable this year and stands on the cusp of an ambitious new product launch.

Confirming that momentum, Tier today announced it has raised $250 million in a venture capital round led by the Softbank Vision Fund. Other investors in the round included Mubadala Capital, Northzone, Goodwater Capital, White Star Capital, Novator, and RTP Global.

In addition to expanding its escooter service, the company is preparing to roll out a new battery charging network that it hopes will further its goal of supporting the shift toward a circular economy.

“By building energy infrastructure, it shows how much we think about micromobility beyond scooters,” said Tier CEO and cofounder Lawrence Leuschner. “It’s not just about placing scooters and placing more scooters. We have a clear strategy for the next several years. And therefore, we need some capital to fulfill our vision.” 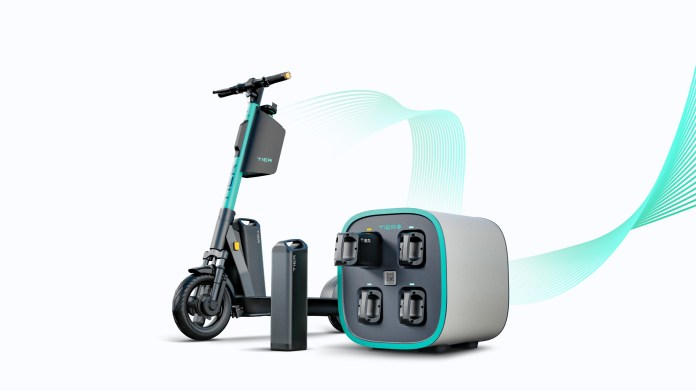 Founded in 2018, Tier has tightly focused on the European market even as U.S.-based micromobility companies like Bird and Lime have made big pushes here. Currently, Berlin-based Tier has 60,000 scooters across 80 cities in 10 countries.

But while all mobility companies claim to be offering some positive benefits for the environment, Tier has taken that a step further with an escooter system that tries to optimize its impact. Leuschner has pledged to donate 100% of any money he makes on his shares from a Tier exit into an investment vehicle he created to back “impact entrepreneurs.”

In building Tier, Leuschner has focused on improving the durability of its scooters. Tier conceived of itself as an operations company, embracing every aspect of managing its scooter fleets, rather than outsourcing maintenance and charging to gig workers. Keeping everything in-house has allowed Tier to extend the lifetime of its scooters and reduce their environmental impact.

This has also allowed the company to turn profitable this year, Leuschner said. And while rivals such as Bird and Lime announced layoffs last spring to cope with the spread of COVID, Tier decided to retain all employees.

“We figured out that we were going to take this crisis as an opportunity,” Leuschner said. “And we decided that we’re going to go and actually deploy scooters and grow the company during those times while others are taking the scooters off the market.”

During the early micromobility frenzy two years ago, Tier also faced a massive funding deficit compared to Bird and Lime which were raising hundreds of millions of dollars early on. While Tier hasn’t entirely closed that gap, the $250 million adds to the $100 million the company has already raised.

With the latest investment, the company plans to expand its network of cities in Europe. But after a successful pilot project, the company is also preparing to launch the Tier Energy Network.

Last year, the company began shifting to scooters that had swappable batteries. Using bikes and electric vehicles, Tier employees carry around charged batteries and replace existing batteries rather than using trucks to carry the scooters to charging stations.

To further reduce the environmental impact of its charging operation, Tier will now begin placing battery charging stations in the shops of local merchants. The company will offer incentives such as free rides to its users if they take a battery from the scooter to the charging station and retrieve a fully charged battery. For merchants, the charging stations ideally will attract extra foot traffic to their stores, Leuschner said.

The company’s capital plan includes raising some additional debt financing as well as venture capital as the company seeks to fund its infrastructure through borrowing rather than selling ownership stakes.

Northzone general partner Paul Murphy noted that the firm first invested in Tier almost two years ago at an early stage when it hadn’t launched yet. Partners were extremely impressed by Leuschner’s vision and since then have become even more convinced that he’s on the right path.

“This round is the biggest check that we’ve written so far,” Murphy said. “For us, this is about doubling down on something that’s clearly working.”