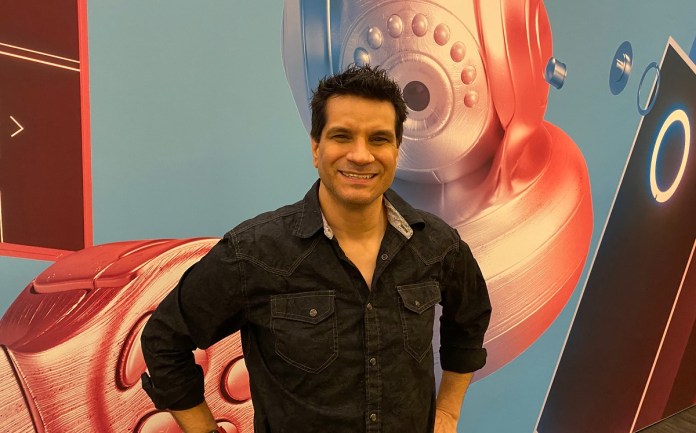 Tommy Tallarico, the CEO of Intellivision Entertainment and longtime game sound creator, has settled a copyright dispute with Roblox over the famous “oof” sound that has been a defining part of that game platform.

Back in June 2019, Tallarico made some noise about how Roblox developers were using the “oof” death sound that had become familiar to Roblox’s 164 million monthly active users. Last year, Tallarico learned that the oof sound was the same as something he had created for the game Messiah, which came out in 2000. The sound found use in some early Roblox user-generated content games, and it just kept on spreading over 15 years.

The case is a good example of how user-generated content is often accompanied by copyright issues, as young game creators often don’t know or don’t care whether it’s legal to use copyrighted content. Tallarico didn’t actually sue, but he went into talks with Roblox.

A Twitter user named Buur first pointed out the similarity between the sounds. And the sound file showed that the 0.34-second sound originated in September 1999 with credit to an engineer named Joey Kuras. Social media posts exploded with the mini dust-up, and that’s how it came to Tallarico’s attention.

In an interview with GamesBeat, Tallarico said he is not allowed to talk about the precise financial details of the settlement. But we can probably assume that he is going to have more money on hand to finance Intellivision, which is launching its Amico game console in April.

Tallarico still owns the oof sound, which will disappear for a time from Roblox. Later on, at the end of the month, the sound will be restored by developers who license it. Any developer can purchase the sound in the future for around 100 Robux, the game’s virtual currency, valued at about $1.

Meanwhile, Tallarico has become a Roblox developer and created four exclusive sound design libraries for their platform which are being offered to the two million Roblox developers. The prices range from $10 to $250 for using the sounds.

Tallarico will also be able to sell exclusive “oof!” merchandise in Roblox’s official Amazon store which will be available this holiday. Tallarico said he worked with the Roblox team for about six months and that they were very accommodating, and he’s happy with the outcome.