Home PC News What a U.S. ban on Tencent may mean for the online game...
PC News

What a U.S. ban on Tencent may mean for the online game industry 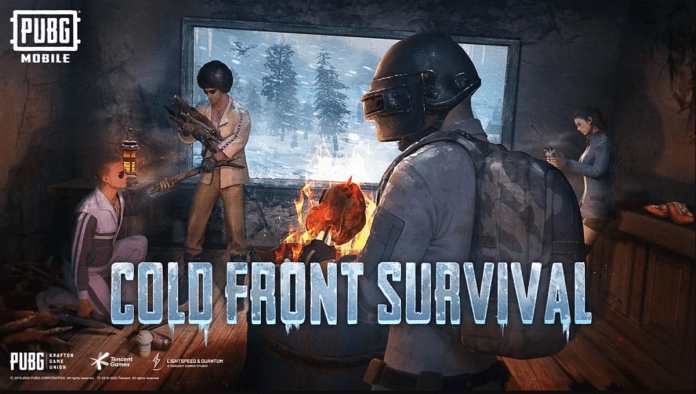 The U.S.-China trade war has taken another turn after U.S. President Donald Trump signed an executive order that will put an end to WeChat and TikTok transactions, halting any possibility of Americans doing business with the companies that own these apps — Tencent and ByteDance. Lately, the U..S has been especially wary of national security threats supposedly posed by Chinese social media apps, particularly TikTok which has a huge base of users in the U.S.

The consequences of banning these apps in the U.S. are hard to realize with complete clarity at this point because the factors influencing how the situation will roll out following the enforcement of these executive orders are yet to come into play — such as American companies buying these Chinese apps or the extent to which the prohibitions will be enforced in practice.

Nonetheless, considering the passing of these unusual executive orders against Chinese apps in the first place, there is clearly a potential for abuse of presidential powers on the part of the Trump administration. If these bans go beyond the transactional level, it won’t only affect users of TikTok and WeChat, but may also have serious ramifications for a huge section of the American online gaming community since Tencent is the company behind some of the most popular games played in the country.

Why does the U.S. want to ban Tencent services?

It all boils down to that oft-used yet vague term “national security.” The fears voiced by the Trump administration are that these Chinese apps like TikTok share American citizens’ data with the Chinese government.

Yet if invasive data collection practices are indeed the problem, then it’s unclear why the same aggressive stance hasn’t been taken against American tech companies like Facebook and Google that perform the same level of invasive surveillance as TikTok.

So, if you want to go by the official word, then “national security” is the motive behind the ban on Tencent and ByteDance services. The real reason is likely more political than self-defense, bearing in mind Trump’s history of sinophobic rhetoric.

The U.S. government has banned no apps or services from Chinese companies at the time of this writing. Judges blocked the U.S. government’s attempt to ban WeChat, deeming it a constitutional violation to enforce such heavy-handed bans on apps used by millions in the U.S.

As things stand, the possibility of a complete ban on WeChat is unlikely to pass through the U.S. courts. But in case these bans do take effect, things could get somewhat complicated for Tencent. Indeed, even though ByteDance’s TikTok has been the subject of most media coverage as regards the possibility of a ban and the impact of restrictions on TikTok, it is the ban on Tencent’s services that represent even deeper consequences.

This is because Tencent owns video game companies like Riot games and Epic Games, who developed the insanely popular online game League of Legends and Fortnite respectively. Although the executive orders from Trump specifically target WeChat transactions, it invokes the much broader International Emergency Economic Powers Act, which could apply to any subsidiary of Tencent.

Therefore, even if it’s WeChat that is directly under the crosshairs of the Trump administration right now, the prohibitions could potentially creep over to other Tencent-owned businesses in the future. This could leave a serious impact on the gaming community, and indeed, many other businesses that Tencent has a share in.

Ramifications of a U.S. ban on Tencent gaming companies

The language in the executive order issued by the Trump administration is broad enough that it alarmed everyone into thinking that Tencent-owned video game companies will also be affected by it. However, the Los Angeles Times received confirmation from the White House that they only aim to block transactions on WeChat and aren’t planning to block the video games:

Video game companies owned by Tencent will NOT be affected by this executive order!

At the same time, there’s nothing stopping them from going after other Tencent companies in the future. If that happens, online video gaming and even global esports may be drastically affected.

What if the U.S. Imposed a Ban on Tencent Gaming Companies?

To put things in perspective, here is a short list of all the companies that Tencent has stakes in:

With this in mind, it is easy to see why placing prohibitions on anything related to Tencent is a dangerous path. The League of Legends World Championship prize in 2018 was USD 6.45 million. The Fortnite Championship took this even farther and handed out USD 30 million in prizes during the 2019 Fortnite World Cup. If Tencent is to be banned, the esports industry will certainly endure a huge blow in the United States and, indeed, globally.

The same goes for games like Fortnite and the newly launched Valorant, which is also expected to become widely played as other titles from Riot Games. According to a CNBC article, Riot Games’ League of Legends is still drawing 8 million concurrent players every day, even after 10 years since the game’s launch.

Another popular game — PUBG Mobile, developed by Tencent’s own gaming studio — raked in $1.3 billion worldwide in the first half only worldwide.

A ban on Tencent would be disastrous for the company as well as gamers, and it isn’t unreasonable to worry about the possibility of the U.S. going forward with this ban.

In fact, PUBG Corporation has announced that they’re taking over publishing responsibilities from Tencent for the game PUBG Mobile in India, since it is one of the 118 Chinese apps banned by India amidst escalating border conflict with China. If India could take this step over national security concerns, the possibility that the U.S. will also follow suit and ban video games from Tencent-owned companies isn’t as far-fetched as we’d like to believe.

If Tencent’s video gaming projects are indeed banned in the U.S., it would rob many gamers of their chance to participate and win competitions involving the video games they’ve been playing personally as well as professionally for years now.

Games like League of Legends and Fortnite are a big reason behind the booming global popularity of esports competitions. If these titles are shelved in the U.S., the industry will likely suffer a noticeable dip in audience interest in esports and any potential investments that Tencent might have planned for the industry will be terminated.

For the gaming industry as a whole, these are serious losses that are simply not worth incurring over vague “national security” concerns that the Trump administration is referencing.

How to go about a ban in order to continue gaming?

In case the ban is imposed, the U.S. government may demand the removal of apps owned by ByteDance, Tencent, and their subsidiaries from the Google Play Store and the iOS App Store. As noted by The Verge, deplatforming TikTok and other apps could greatly reduce usage of these apps even if they could still be sideloaded.

It is hard to predict the exact methods the government will apply to enforce the blocking of these apps. However, we fear that authorities might perform an IP or server level blocking if they were serious about cutting off access drastically. This method is even more restrictive than deplatforming because the only way users would be able to access Tencent and ByteDance apps would be through VPNs.

Since most VPN services for gaming cost money, it doesn’t make sense to spend some cash just to be able to unblock apps like TikTok, which are essentially free for use. The same goes for League of Legends, Valorant, PUBG; all are free-to-play video games with the option of unlocking premium content with in-game purchases.

Regardless, users will be able to access these apps through VPNs if these are blocked by IP addresses. But things could get tricky if the U.S. follows the methods supposedly applied by India to block TikTok in the country i.e. device ID blocking.

So, if you’re careful and use VPNs before accessing banned apps at all times, the government won’t suspect your device to put it in the blacklist.

The United States could be setting a dangerous precedent having uncertain consequences if it sets upon this banning-spree of Chinese-based apps.

Considering the fact that Tencent has stakes in some of the most hugely popular online video games in the U.S., these bans have the potential to impact the gaming industry as a whole.

Though, it is important to remember that, as per the current understanding of most commentators, it is only WeChat and TikTok that are being considered for a ban rather than the gaming studios and other companies that Tencent has stakes in.

At any rate, the legal system of the U.S. poses a big challenge for the government to face, as judges have already passed a preliminary injunction preventing the government from banning WeChat, a decision which the Trump administration has now appealed against.

Although it is premature to expect with any degree of certainty that the scope of prohibitions would not exceed WeChat transactions and creep over to video game studios, having serious consequences for the gaming industry as a whole, upcoming developments could still influence things in Tencent and ByteDane’s favor.

Upcoming developments could still influence things in Tencent and ByteDance’s favor; thus it is still premature to expect with any degree of certainty that the scope of prohibitions would exceed WeChat transactions and creep over to video game studios and affect the online gaming industry.

Aurangzeb A. Durrani is a former professional gamer and is involved in the esports industry since 2006, working as an analyst now.