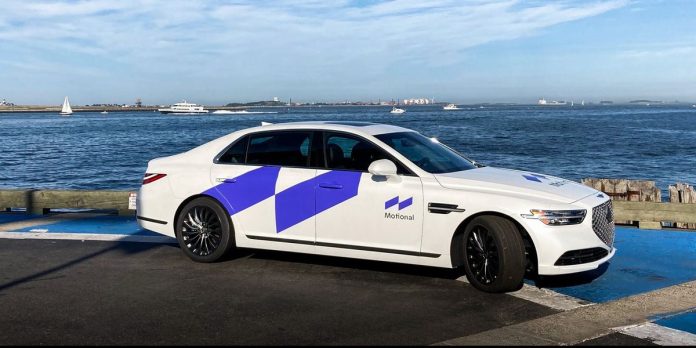 Motional, the joint autonomous driving partnership between Aptiv and Hyundai, today announced it has received permission from the state of Nevada to test its autonomous cars without a driver behind the wheel. The company says this is part of the completion of a self-imposed testing and assessment period.

In the U.S., relatively few companies have obtained permits to pilot driverless cars without operators onboard, a core pillar of future self-driving taxi, delivery, and freight transportation services. In California, GM-backed Cruise, Alphabet’s Waymo, AutoX, Nuro, and Amazon’s Zoox have permission to remove human backup drivers from their cars, but only at certain speeds, on specific roads, and in optimal weather conditions. In Phoenix, Arizona, Waymo in October opened up its fully driverless offering to all customers of Waymo One, the company’s commercial autonomous ride-hailing service.

Motional, which says it has studied the performance of its cars across “many thousands of miles and scenarios” on public and private roads in partnership with safety assessors, plans to conduct driver-free vehicle tests on closed courses this year. If these tests go well, the company intends to put fully autonomous vehicles with “safety stewards” on the road in Nevada in the coming months. Safety stewards will sit in the passenger seat and have the ability to stop the car in the event of an emergency.

Earlier this fall, Motional said it would resume a self-driving mobility service with Lyft in Las Vegas, after pausing operations due to the pandemic. The Motional program is a continuation of Lyft’s two-year-old partnership with Aptiv (formerly Delphi) to launch a fleet of autonomous vehicles on Lyft’s ride-sharing network. Formerly a product of Aptiv’s internal mobility and services group, the robo-taxis became available to the Las Vegas public in May 2018 on an opt-in basis. But the program isn’t yet fully autonomous. Safety drivers are behind the wheel during every trip, and Motional’s vehicles are required to be in manual mode in parking lots and pickup areas.

In late October, Motional took the wraps off a collaboration with Via that the companies say will serve as a blueprint for an on-demand, shared robo-taxi service. Ahead of the partnership’s launch in the first half of 2021, Motional and Via say they will build infrastructure to connect Motional’s driverless vehicles with Via’s technology that powers booking, routing, passenger and vehicle assignment and identification, customer experience, and fleet management.

Some experts predict the pandemic will hasten the adoption of autonomous transportation technologies. Despite needing disinfection, driverless cars can potentially minimize the risk of spreading disease. But surveys are mixed, with one from Partners for Automated Vehicle Education showing nearly three in four Americans believe autonomous cars aren’t ready for prime time. Unsurprisingly, Motional itself disagrees with this assertion, saying one-fifth of respondents to its Consumer Mobility Report are “more interested” in autonomous vehicles than they were before the pandemic.