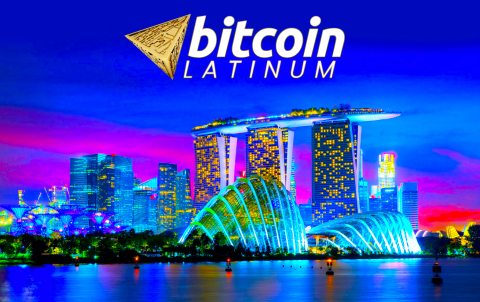 Bitcoin Latinum is now available for pre-sale on bitcoinlatinum.com and will be available on exchanges in 2021.

Bitcoin Latinum is an enhanced Bitcoin fork. The Bitcoin Latinum algorithm and infrastructure break barriers and speed limits that have prevented some virtual currencies from achieving practical, real-time use. Bitcoin Latinum taps into the new wave of crypto DeFi – decentralized finance – for its role in independent digital transactions. According to Nasdaq, the total DeFi related cryptocurrency market recently passed $14 billion, up from $1 billion in February 2020.

Draper Dragon Fund will be playing a major role with Bitcoin Latinum. Draper Dragon Fund has invested in blockchain companies Telegram, Ledger, Vechain, Ultrain, Aelf and Token Insight. “The partnership with Marsh, Monsoon, and Bitcoin Latinum would further extend our digital asset portfolio,” said Richard Wang, Managing Partner of Dragon Digital Fund. Draper Dragon is an extension of the Draper Venture Network (DVN) backed by billionaire Tim Draper who is often regarded as one of the most successful venture capitalists in the world.

Adopting Bitcoin Latinum is Academy Award winning studio Cross Creek Media. Cross Creek has grossed over $1.7 billion in the worldwide box office. Cross Creek Media, who has long term relationships with Sony Pictures Entertainment and Universal Pictures, most recently expanded its digital assets in film, television, and IP with Monsoon Blockchain & Marsh. Cross Creek has been a co-financier/producer of such films as Oscar winner Black Swan and has been behind hits American Made, Everest, and Hacksaw Ridge. Timmy Thompson, CEO of Cross Creek Media stated, “We are very excited about Bitcoin Latinum and its capabilities as an insured token, as we continue developing award-winning properties. Cross Creek’s portfolio of new media technology investments perfectly positions us to take advantage of the digital asset sector in Media and Gaming.”

Bitcoin Latinum has selected Hong Kong’s Hex Trust, the leading digital asset custody platform for the banking sector, to be a digital asset custodian for the new token. Built with banks and financial institutions in mind, Hex Trust offers hardware security modules from IBM, and is connected to the SWIFT payment network. Recently, Hex Trust partnered with Milan-based global leader, SIA, which processes over $14 billion in digital payments and over $16 billion in institutional services transactions each year.

The implementation of blockchain and cryptocurrencies in the banking and finance sectors has been steadily increasing in the past two years. JPMorgan Chase ($2.98 Trillion AUM) recently launched a digital currency for large technology clients, and PayPal will now allow its close to 350 million users to purchase and sell major cryptocurrencies, including Bitcoin. The blockchain network Spunta has already been adapted by many of Italy’s banks, and it is being reported that a digital version of the Yuan is being tested by the People’s Bank of China.

Bitcoin’s market cap is nearing $200 billion and makes up approximately 84% of the cryptocurrency market. Bitcoin recently skyrocketed past $18,000 per token, demonstrating a strong bull market. Earlier this year, Gartner stated that blockchain technology will create more than $176 billion worth of business value by 2025, and $3.1 trillion by 2030. There are trillions of dollars in global assets that could potentially be digitized.

The incorporation of Bitcoin and cryptocurrencies into US and Asia cross-border deal flow of digital assets has been increasing exponentially. Monsoon Blockchain, Asia’s premiere blockchain company, will be adapting Bitcoin Latinum in their extensive ecosystem and pipeline of digital asset deals. Monsoon is focused on becoming the company pioneering the adoption of highly secure decentralized asset management. Earlier this year Monsoon Blockchain formed major partnerships in the blockchain and digital asset space with governments, telecom, media and entertainment, and fintech industries.

FOR EDUCATIONAL AND INFORMATION PURPOSES ONLY; NOT INVESTMENT ADVICE. Any Bitcoin Latinum offered is for educational and informational purposes only and should NOT be construed as a securities-related offer or solicitation, or be relied upon as personalized investment advice. Bitcoin Latinum strongly recommends you consult a licensed or registered professional before making any investment decision.

Join Transform 2021 this July 12-16. Register for the AI event of the year. Are you looking to make a change in your working life?...
Read more
PC News