Waymo, Alphabet’s self-driving car subsidiary, has reshuffled its top executive lineup. John Krafcik, Waymo’s CEO since 2015, announced on April 2 that he would be stepping down from his role. Krafcik is being replaced by former COO Tekedra Mawakana and former CTO Dmitri Dolgov and will remain as an advisor to the company.

“[With] the fully autonomous Waymo One ride-hailing service open to all in our launch area of Metro Phoenix, and with the fifth generation of the Waymo Driver being prepared for deployment in ride-hailing and goods delivery, it’s a wonderful opportunity for me to pass the baton to Tekedra and Dmitri as Waymo’s co-CEOs,” Krafcik wrote on LinkedIn. 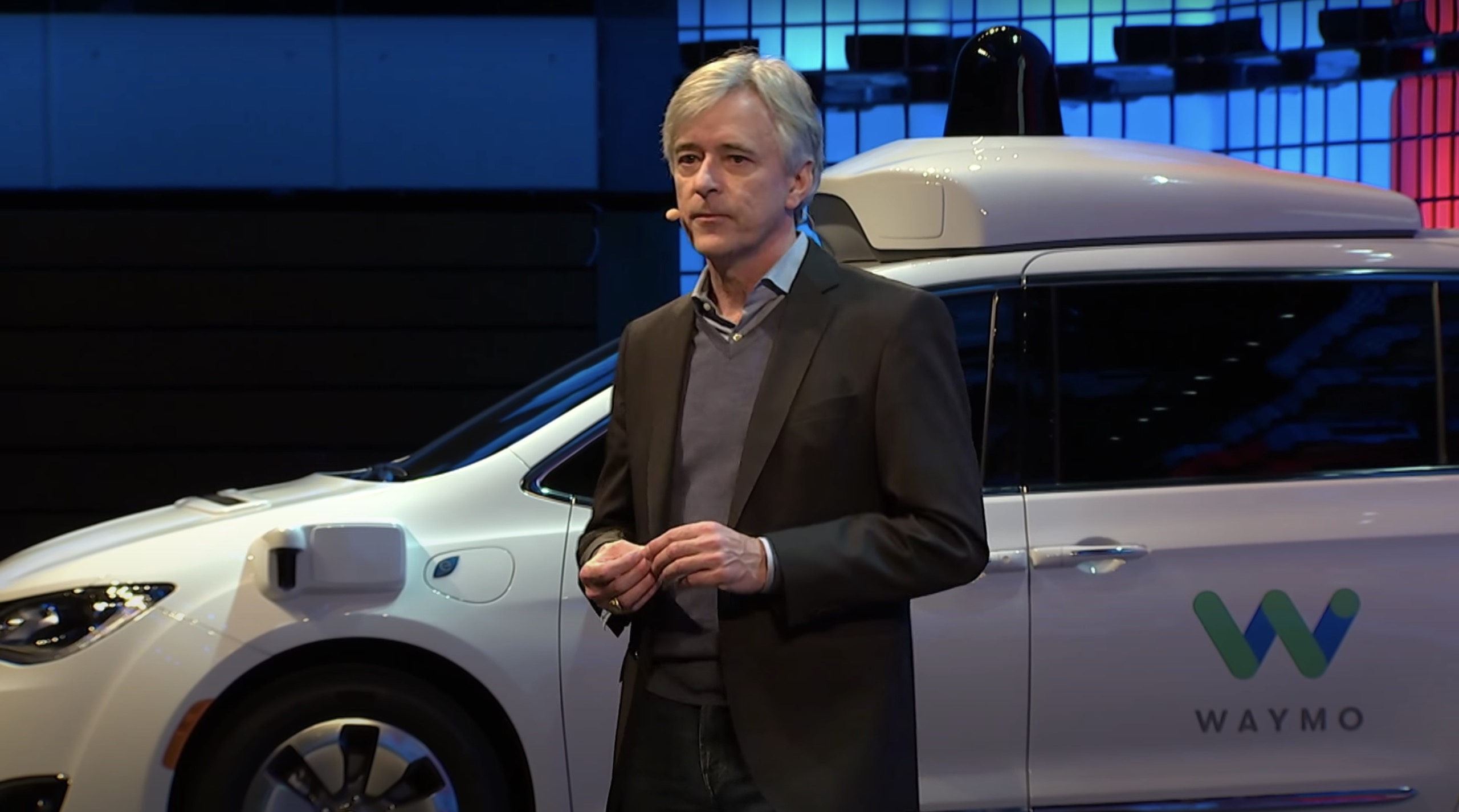 The change in leadership could have significant implications for Waymo, which has seen many ups and downs as it develops its driverless car business. This move also hints at the broader state of the self-driving car industry, which has failed to live up to its hype in the past few years.

In 2015, Krafcik joined Google’s self-driving car effort, then called Project Chauffeur. At the time, there was a lot of excitement around deep learning, the branch of artificial intelligence that has made great inroads in computer vision, one of the key components of driverless cars. The belief was that continued advances in deep learning meant it was only a matter of time before self-driving cars became the norm on public streets. 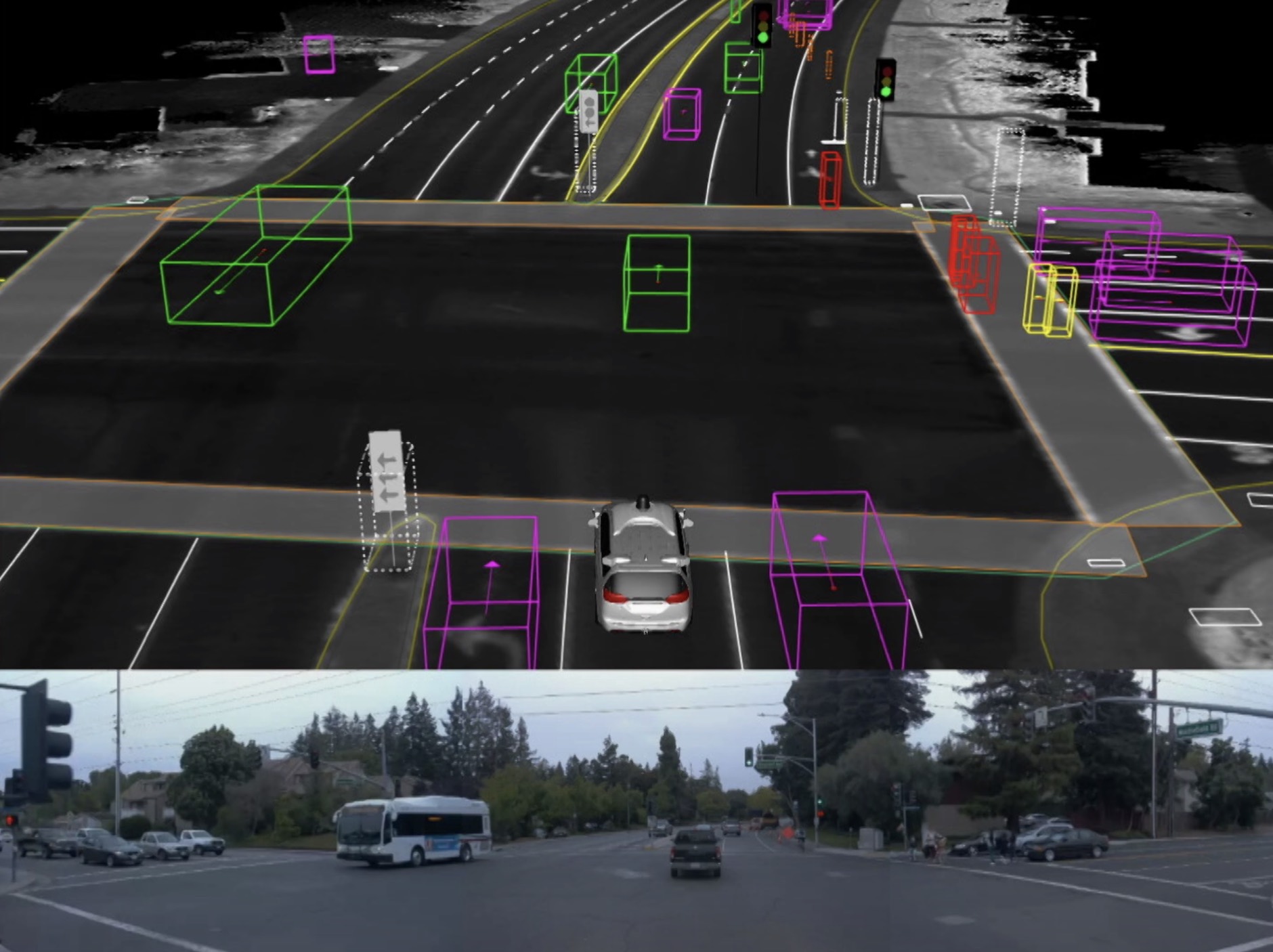 Above: Self-driving cars use deep learning to make sense of their surroundings.

Therefore, what Project Chauffeur needed was a leader who had longtime experience in the automotive industry and could bridge the gap between carmakers and the fast-developing AI sector and deploy Google’s technology on roads.

And Krafcik was the perfect candidate. Before joining Google, he was the CEO of Hyundai Motor America, had held several positions at Ford, and had worked in the International Motor Vehicle Program at MIT as a lean production researcher and consultant.

With Krafcik at the helm, Project Chauffeur spun off as Waymo under Google parent Alphabet and quickly transformed into a leader in testing self-driving cars on roads. During this time, Waymo struck partnerships with several automakers, integrated Waymo’s AI and lidar technology into Jaguar and Chrysler vehicles, and expanded its test-driving project to more than 25 states.

Today, Waymo’s cars have driven more than 20 million miles on roads and 20 billion miles in simulation, more than any other self-driving car company.

The limits of self-driving technology

Like the executives of other companies working on driverless car technology, Krafcik promised time and again that fully autonomous vehicles were on the horizon. In Waymo’s 2020 Web Summit, Krafcik presented a video of a Waymo self-driving car driving in streets without a backup driver.

“We’ve been working on this technology a long time, for about eight years,” Krafcik said. “And every company, including Waymo, has always started with a test driver behind the wheel, ready to take over. We recently surveyed 3,000 adults across the U.S. and asked them when they expected to see self-driving vehicles, ones without a person in the driver’s seat, on their own roads. And the common answer we heard was around 2020 … It’s not happening in 2020. It’s happening today.”

But despite Krafcik’s leverage in the automotive industry, Google’s crack AI research team, and Alphabet’s deep pockets, Waymo — like other self-driving car companies — has failed to produce robust driverless technology. The cars still require backup drivers to monitor and take control as soon as the AI starts to act erratically.

The AI technology is not ready, and despite the lidar, radar, and other sensor technologies used to complement deep learning models, self-driving cars still can’t handle unknown conditions in the way humans do. They can run thousands of miles without making errors, but they might suddenly make very dumb and dangerous mistakes when they face corner cases, such as an overturned truck on the highway or a fire truck parked at the wrong angle.

So far, Waymo has avoided major self-driving incidents like Tesla and Uber’s fatal accidents. But it has yet to deliver a technology that can be deployed at scale. Waymo One, the company’s fully driverless robo-taxi service, is only available in limited parts of Phoenix, AZ. After two years, Waymo still hasn’t managed to expand the service to more crowded and volatile urban areas.

The company is also far from becoming profitable. Alphabet’s Other Bets segment, which includes Waymo, had an operating cost of $4.48 billion in 2020, against $657 million in revenue. And Waymo’s valuation has seen a huge drop amid cooling sentiments surrounding self-driving cars, going from nearly $200 billion in 2018 to $30 billion in 2020.

The AI and legal challenges of self-driving cars

While Krafcik didn’t explicitly state the reason for his departure, Waymo’s new leadership lineup suggests the company has acknowledged that the “fully self-driving cars are here” narrative is a bit fallacious.

Driverless technology has come a long way, but a lot more needs to be done. It’s clear that just putting more miles on your deep learning algorithms will not make them more robust against unpredictable situations. We need to address some of the fundamental problems of deep learning, such as lack of causality, poor transfer learning, and intuitive understanding of physics. These are active areas of research, and no one has yet provided a definitive answer to them.

The self-driving car industry also faces several legal complications. For instance, if a driverless car becomes involved in an accident, how will culpability be defined? How will self-driving cars share roads with human-driven cars? How do you define whether a road or environment is stable enough for driverless technology? These are some of the questions the self-driving car community will have to solve as the technology continues to develop and prepare for mass adoption.

In this regard, the new co-CEOs of Waymo are well-positioned to face these challenges. Dolgov, who was Waymo’s CTO before taking on his new role, has a Ph.D. in computer science with a focus on artificial intelligence and a long history of working on self-driving car technology. As a postdoc researcher, he was part of the Stanford University self-driving car team that won second place in DARPA’s 2007 Urban Challenge. He was also a researcher at Toyota’s Research Institute in Ann Arbor, Michigan. And since 2009, he has been among the senior engineers in Google’s self-driving car outfit that later became Waymo. In a nutshell, he’s as good a leader you can have to deal with the AI software, algorithm, and hardware challenges a driverless car company will face in the coming years.

Mawakana is a Doctor of Law and had led policy teams at Yahoo, eBay, and AOL before joining Waymo and becoming COO. She’s now well-positioned to tackle the legal and policy challenges Waymo will face as self-driving cars gradually try to find their way into more jurisdictions.

Ben Dickson is a software engineer and the founder of TechTalks, a blog that explores the ways technology is solving and creating problems.